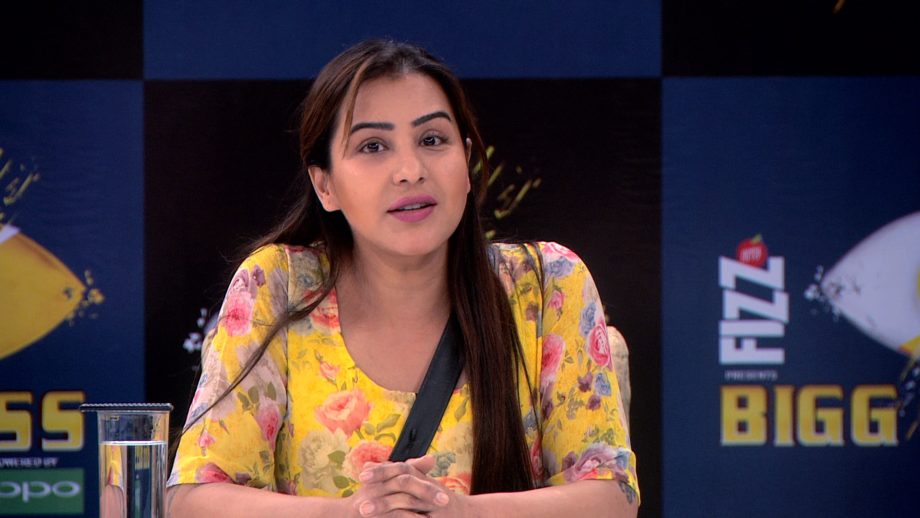 In one of the biggest surprise visits of the season, the gharwale find themselves in the midst of media personnel at a press conference held inside the Bigg Boss House.

With just a week left to the grand finale, some of the gharwale find their patience waning and start lashing out at each other. Thinking that Shilpa Shinde has an upper hand in the game, Hina Khan, Vikas Gupta and Akash Dadlani start ganging up against her. Hygiene conscious Hina accuses Shilpa of not maintaining cleanliness in the house, as Vikas adds fuel to the fire by blaming her mentality for it. Standing up for herself, Shilpa takes a stand and refuses to cook for the two of them; as Hina and Vikas comment that Shilpa is showing her true colors only as the season comes to a close.

As the contestants move into the activity area, they are greeted by the Press who have been waiting to interrogate and cross question their actions. As Puneesh’s loyalty towards his allies in the house is questioned by the media, he tries his best to prove that his friendship is, in fact, true and real. As the press conference continues, it is clear that Hina, Akash and Vikas are on one side, while Puneesh and Shilpa are on the other.

9Shilpa clears her stance on being the ‘Maa’ of the house; as Hina comments on Shilpa’s strategy of running the kitchen. Puneesh jumps to Shilpa’s rescue and compares her to the ‘Typical Indian Housewife’ who despite doing all the hard work is made to feel like no work has been accomplished! After an intense round of interrogation, each contestant leaves displaying a different emotion! Akash parts ways with a performance of ‘Bigg Boss Ka Ghar’; Shilpa is in a heap of tears, Hina is in a fit of anger, Puneesh is all smiles, while Vikas has maintained his calm composure.

How did the contestants perform under the glare of the media? Watch the episode tonight.