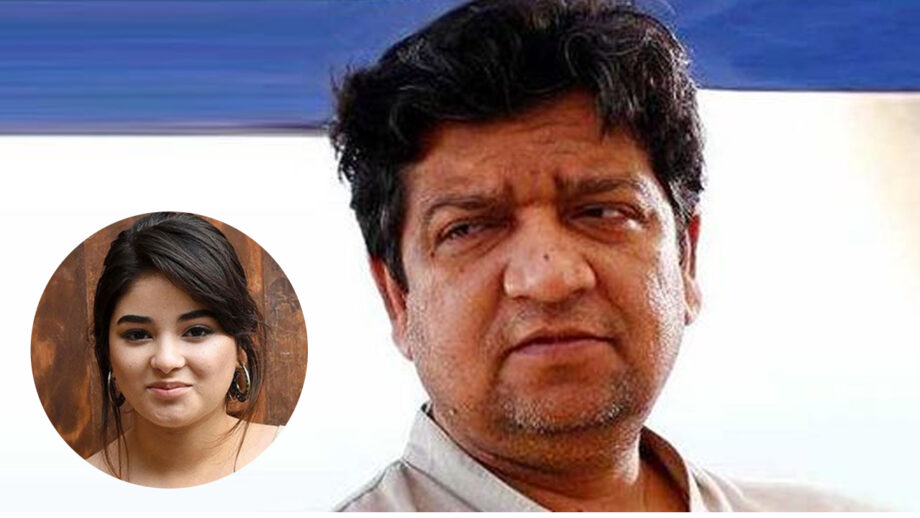 Young and budding talent Zaira Wasim who debuted with Aamir Khan in the hugely-successful movie Dangal bid adieu to her acting career recently.

The news of Zaira quitting made headlines over the weekend, and the entertainment industry has been shocked to read and gulp in the facts given by Zaira in her long post on social media wherein she indicates that she quit acting as it was apparently affecting her religion.

Obviously, the long post does call in for reactions and the first to react to it is acclaimed Writer and Producer Zama Habib.

Zama Habib as a reply to Zaira’s thoughts and vision gave her a befitting reply, wherein he is not ready to accept her claim that the place where we work (industry) in is not a good place to work in. He gives out his explanation in a very strong way.

Check out his reply here….

Zaira as we know, is an actress from Kashmiri origin. She got to the peak of her acting career at a very young age. She debuted with the Aamir Khan starrer movie Dangal. She went on to feature in movies Secret Superstar and Sky is Pink. She won the Best Supporting Actress award at the National Film Awards for her portrayal in Dangal. She won the Filmfare Aware for the Best Actress (Critics) for her portrayal in Secret Superstar.

Well, we can only say that we enjoyed watching Zaira as an actor!! We wish you luck, Zaira in whatever you do…

The challenge is to look and sound different in all my evil avatars: Viren Singh Rathore