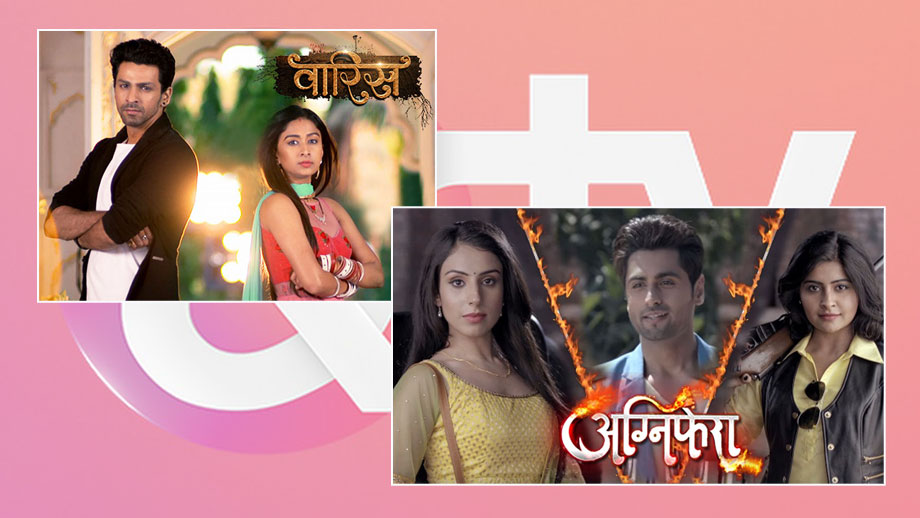 This Dusshera, &TV is set to double the festive celebrations by roping in two of its major shows, Waaris and Agnifera, together for a ‘Dusshera Special’.

&TV will have the viewers at the edge of their seats with Amrit (Raj’s mother) and Vishu (Anurag’s brother) getting kidnapped and the family looking for them in a Dusshera mela.

With the special episode featuring lead actors from both shows – Neel Motwani (Raj) and Farnaz Shetty (Preet) from Waaris; and Ankit Gera (Anurag), Yukti Kapoor (Ragini) and Simran Kaur (Shrishti) from Agnifera at the Ravan Dehen, the sequence will envelope the theme of ‘Triumph of Good over Evil’ to present the real meaning behind celebrating the festival of Dusshera to its viewers.

With Chandar’s desire to marry Preet and her rejection of his proposal, Waaris will see high voltage drama as Chandar wil kidnap Amrit, Raj’s mother. As Preet will get ready to become Raj’s bride, they would get a tip off about Amrit being held hostage at the Dusshera mela. Meanwhile in Agnifera, Anurag, Ragini and Shrishti will be in search of Vishu at the Dusshera mela. They will cross paths and unite to unfold the mystery and find Amrit and Vishu. The culmination of the special episode will see a confrontation between 9 women of the household and Chandar, depicting the 9 Devis and Ravan.

Speaking about the episode, Yukti Kapoor aka Ragini of Agnifera said, “From the colourful set up of a Dusshera mela lit up by lanterns to our grand costumes, everything was festive on set! It was great to shoot with Neel and Farnaz and I’m glad we got a chance to work together for this sequence.”

Commenting on the same, Neel Motwani aka Raj of Waaris said, “The entire atmosphere during the Dusshera special shoot was filled with festivity and we enjoyed the sequence with the Agnifera cast completely! Dusshera is the victory of good over evil and I’m sure our viewers will love the suspense and thrill that the episode holds for them.”

Gear up for this visual treat on &TV during Dusshera!!