Veteran actress Shammi, fondly called Shammi Aunty passed away at the age of 89.

The talented actress has been part of the successful television serials Dekh Bhai Dekh, Zabaan Sambhal Ke, Shriman Shrimati to name a few. On the big screen, she has enacted main lead and second lead roles in the initial years of her career and then went on to don character roles. Her noteworthy appearances in movies Bhai-Behen, Dil Apna Aur Preet Parayi, Sangdil, Ghar Sansar, Half Ticket, Jab Jab Phool Khile, Upkar, Raja Saab and many more will be remembered forever.

Her character in TV series Shriman Shrimati called Choti Nani was appreciated by viewers of all ages.

An actor with immense acting talent, Shammi was called Nargis Rabadi before she got into the line of entertainment.

The ace actress has had a career spanning 6 decades!!

RIP Shammi Aunty!! You will live forever in the characters you have donned over the years.. 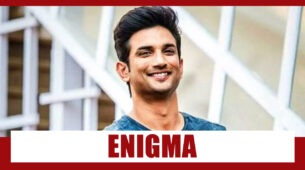