Is something cooking between the super talented reality show personality/producer, Vikas Gupta, and the very beautiful actress Erica Fernandes, currently seen in Star Plus show, Kasautii Zindagii Kay 2? The two, who will work together in Vikas-produced Alt Balaji series, Class of 2020, have become very close friends as seen in Vikas’ Instagram posts. There were reports which suggested that Erica had broken up with her Kasautii Zindagii Kay 2 co-star Parth a while back.

What has made SM agog about a possible thing between Vikas and Erica is that both have worn the same hoodie, as again seen in the below picture – 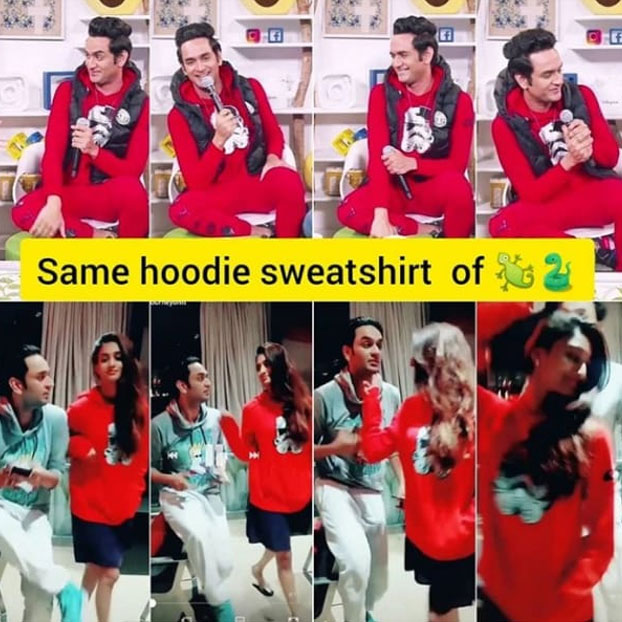 Can this be a signal, for let’s face it, both Erica and Vikas, being very smart, obviously understand how the public will interpret this move.

As expected, these pics have set social media tongues wagging, with fans wondering if the two are indeed in a relationship.

We tried reaching out to Vikas, but he refused to comment. Interestingly, Vikas had been putting up a lot of pics with Chetna Pandey as well.

Our attempts to get through to Erica did not fructify till the time of filing of this report.

IWMBuzz.com will immediately update you as soon as Erica replies to our messages.

Goofy Masti: Shaheer Sheikh Vs Parth Samthaan: Who deserves a 10/10 for the 'most hilarious' LOL moment with Erica Fernandes?

Fitness Queen: Shivangi Joshi Vs Erica Fernandes Vs Mouni Roy: Who raises the oomph quotient with a hot yoga pose?

Erica Fernandes Looks Like A Royal Boss In This White Pantsuit With Po...

Erica Fernandes Vs Jennifer Winget: Who has hotter chemistry with Hars...

[HOT OR NOT] Sexy Erica Fernandes does a super-sensuous belly dance in...

5 Instagram pictures of Erica Fernandes that you loved the most