Popular actor Vikram Singh Chauhan is very likely to have bagged the lead role in Gul Khan’s next show for Star Plus. Gul Khan’s 4 Lions Films is expected to start work on a new project for Star Plus in the coming days.

We hear that though the work is still in its nascent conceptual stage, the channel and production house are keen on bringing on board, the popular actor Vikram Singh Chauhan as lead of the show.

A reliable source tells us, “Work has just started conceptually on the show. It will be a drama series with the dash of the unlikely essence coming from 4 Lions Films. Vikram Singh Chauhan is most likely to play the lead in the show.”

As we know, Gul Khan’s 4 Lions Films has had a fabulous run on Star Plus with Ishqbaaaz, Nazar, Kulfi Kumar Bajewala and Dil Toh Happy Hai Ji doing well.

For the uninitiated, Vikram was earlier approached as the new lead in Ishqbaaz when it took a generation leap and revamp. However, it was Nakuul Mehta who was retained as the lead in a new character.

Vikram was last seen on the TV space in Ek Deewaana Tha.

We buzzed Vikram but did not get through to him. 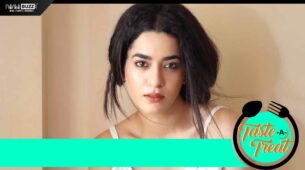 I can call myself a professional baker now: Akansha Sareen