Vishnu Sharma back in action Audience is aware that the show starring Randeep Rai and Ashi Singh will revolve around the college track which will bring alive the real essence of the 90s. Popular actress Guddi Maruti will play the role of the Principal of the college.

The actor, who has impressed us with his acting talent, will play the role of a professor in the college.

We buzzed Vishnu but he remained unavailable for a comment. 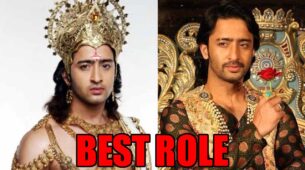 Shaheer Sheikh AS Arjun From Mahabharat VS Shehzade Salim From Dastaan-E-Mohabbat: Which Historical Character You Loved The Most?