All you need to know about Mohsin Khan is here, Scroll below! Mohsin Khan is one of the most attractive and famous faces in the telly town. Being born in the Gujarati Muslim family, his name was Waseem initially but later changed to Mohsin Khan. He is an avid lover of his native place and loves to visit there often. He has a big family including his brother, mother, sister, and father.

The 28-year old actor did his schooling from Mumbai and then got admission at Mithibai College. Mohsin is an engineer by education and achieved his graduation from Thakur Polytechnic College and scored 80%. Then he began to do several advertisements and small roles in various shows. To name some, he was seen in CEAT tires advertisement and it was his first earning. The actor then started working in various episodic roles. To name some, he was seen in Pyaar Tune Kya Kiya and more.

Mohsin Khan worked as an assistant director for Koyelaanchal in the year 2014. Later, he appeared in Tv shows like Nisha Aur Uske Cousins and Meri Ashiqui Tumse Hi. But here comes the turning point, in 2016, Mohsin Khan got the big break of Kartik Goenka in Yeh Rishta Kya Kehlata Hai, which changed his fate forever.

The show gave him so much fame and made him so popular that now he is one of the most flourishing actors in the telly town.

At present, the actor is doing his job so wonderfully and making his fans love him, and why not? He got the looks and great body to admire. As per a media report, the estimated net worth of Mohsin Khan is around 2 million dollars and it will keep increasing day by day. 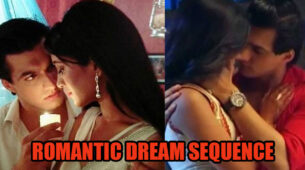