Sony Entertainment Television’s mythological show Vighnaharta Ganesha has been loved by the viewers and has been doing very well since its launch.

Vighnaharta Ganesha is one of the most followed mythological shows which revolves around the untold stories of Hindu God Ganesha achieving good viewership across India. The show that stars Akanksha Puri as Parvati and Malkhan Singh as Lord Shiva beautifully bring out the storyline that is a visual treat to the viewers.

Now, we hear actress Garima Joshi, who was part of Yeh Un Dinon Ki Baat Hai has joined the cast of the show. She will be paired opposite Kartikey in the show.

We buzzed Garima but did not get a response. 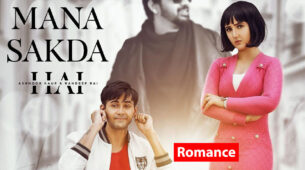