Yehh Jadu Hai Jinn Ka the recently launched fantasy tale on Star Plus produced by Gul Khan’s 4 Lions Films has got a really good start with its numbers rocketing high.

The show has an effervescent new pairing of Vikram Singh Chauhan and Aditi Sharma, and the two of them are already exhibiting great chemistry in quick time.

However, what we have heard is that this show will not woo the audiences for a long time like many other daily soaps usually does.

News coming to us is that Yehh Jadu Hai Jinn Ka will end in February 2020.

The show which launced on 14 October is only a month old, and to get the news of it ending in coming February has really stunned us!!

Wonder what the idea of the channel and makers is!!

We buzzed Producer Gul Khan and she confirmed the news with a “Yes.”

We also reached out to the channel spokesperson, but did not get through.

As per a reliable source, “’Yehh Jadu Hai Jinn Ka produced by 4 Lions Films is one of the many finite series that Star Plus is looking at. Hence the show has always been slated to have a start and end.”

Well, that’s a shocking confirmation coming from Gul and we wonder whether the channel will be keen on continuing the story owing to its popularity and good numbers.

Only time will tell … 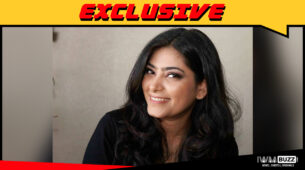