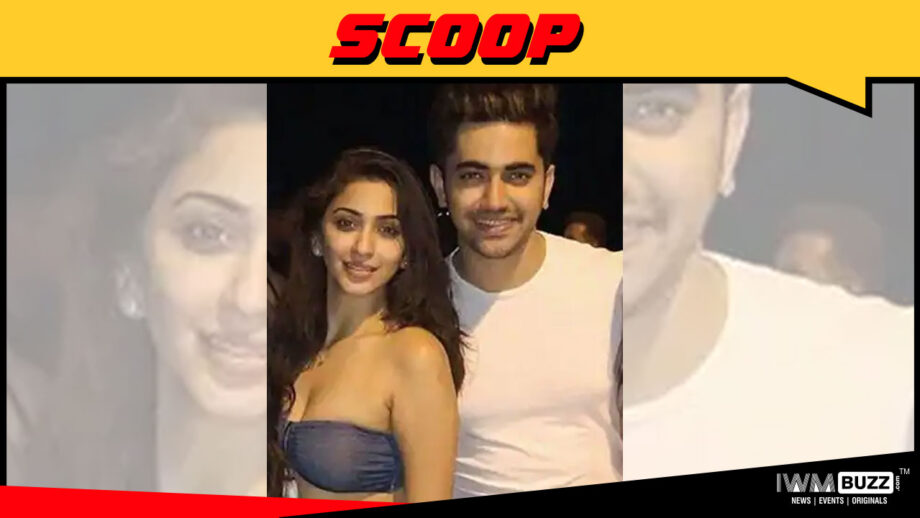 Is TV heartthrob Zain Imam romantically taken? Tellyword has been buzzing with rumours of a possible relationship between him and south film actress Eshanya Maheshwari.

The above rumours first surfaced when the good looking duo was spotted letting their hair down at a New Year bash in Thailand. The fact that Eshanya herself put the pictures out on her social media further added to the buzz.

The pictures do indicate a certain amount of warmth and comfort between the two, given the way he is holding her.

Another nugget of information coming our way suggested that the two had even been vacationing in Goa.

However, since we never go only on hearsay, preferring to get to the bottom of anything and everything, our team directly reached out to iwmbuzz.com’s good friend Zain, last seen in Ek Bhram…Sarvagun Sampanna and asked him up front if he was indeed seeing Eshanya.

Zain, who first found fame with Tashan-E-Ishq and Naamkarann, completely dismissed the buzz as pure rumours! “Where does such useless stuff even come out from?” he wondered.

We also dropped a message to Eshanya, but could not get through till the time of filing of this story.

We have no clue if this is true or false; however, we do hope that Zain finds love soon. Can we quip that the two do look very good together?

Interestingly, Zain seems to be liking girls with similar-sounding names. He was earlier supposed to be seeing TV anchor Eisha Acton.