I deal with actors with a lot of patience and that is my USP – Neha Singhania, Casting Director
Subscribe Now
Television | Personalities

Neha Singhania, the Casting Director with lot of experience gets talking about her journey... Neha Singhania has come a long way in the field of ‘Casting’ having cast for daily soaps, comedy shows and even the mythological ones. Her recent casting experience as the Casting Director for the upcoming show ‘Meri Sai’ on Sony TV, produced by Nitin Vaidya’s Dashami Creations has won her a lot of praise!!

In an exclusive chit-chat with IndianWikiMedia.com, Neha shares insights about her life, her career, experience and goals set for the future…

“I began my career with Sphere Origins, the production house which is considered to be the ‘Yashraj’ of TV serials. I have been part of shows like Balika Vadhu, Saraswatichandra, Iss Pyaar Ko Kya Naam Doon, Tum Saath Ho Jab Apne to name a few. I was also with Beyond Dreams. However, the turning point in my career came during my stint in Garima Productions. I always wanted to cast for comedy shows, and here I got this opportunity as the Casting Head. Post this, I wanted to take up episodics, and since I am a great fan of Crime Patrol, I took up the onus of casting for it.”

Neha never shies away from doing what she thinks, even if it meant taking big risks in life. Neha holds the distinction of casting the ace comedian Naveen Prabhakar for one of the episodic stories of Crime Patrol. “When I sent Naveen’s option to the channel, I was reprimanded by my Producer after he got questioned about it by the channel. My Producer told me that I was taking a big risk by casting Naveen in Crime Patrol. But I went ahead with my instinct, and the episode turned out to be the one of the highest TRP raking episodes of Crime Patrol during the given month,” she explained.

Her journey in the entertainment industry has made Neha a better person. “This industry has changed me for the good. Being a Mumbaikar, I have not faced the struggle that people from outside Mumbai have to undergo. I have been this fearless girl who would say whatever I like. But with my experience, I have learned to respect people, especially my seniors. I believe that only if you respect your seniors, you will be respected by your juniors.”

On her journey so far and future goals, Neha averred, “Whatever name I have gained so far is because of my casting. But I want to be known as a Producer. So if you ask me where I will be five years from now, I will love to say that I want to see myself as a Producer of films. On a serious note, I have lot of offers in my kitty for casting in movies. I will not want to talk about it now. I deal with actors with a lot of patience, and that is my USP.”

Neha who has launched many faces in TV including Saniya Touqeer in Waaris, Nikhil Ratnapakhi’s advent to TV post his success in movies and ads, is known for her patience in the casting field. “Freshers are so full of energy that it is tough to control and channelize their energies. So I always work with them, know them better and give them the time and space before auditioning them,” she averred.

However, Neha feels that the new actors can be better professionals at work. “Also, all freshers want to be leads in shows. Everyone cannot be a SRK or an Anushka Sharma or Kangana Ranaut. They need to understand that if they are getting launched with a character it is nothing less than a lead role. Every step is important for success. So I make them comfortable and then get them to work.”

Last but not the least, talking about the experience of casting for Mere Sai, Neha spoke, “The experience was actually awesome. The casting for the show was on for a year or so. I joined much late. And in two months of being there, I completed the casting for the show. While we were casting, there were talks about bringing in Marathi actors for the roles. However, my perspective was that considering the big canvas the show had, I felt that for the show to connect well with the Hindi audience, I had to bring in more of the Hindi actors. However, the show is huge and we needed actors rather than faces. When I started shortlisting for the characters, I preferred to route in the theatre artists and started looking for people with the NSD and FTI experience. The best part was that whatever options we used to send the channel for a particular character used to get considered for other roles too, in addition to names getting short listed for the given character. The channel was very happy with our options. And in the mock shoot that we had for the show, the channel gave a standing ovation for the casting team. This indeed made my day. Now I look forward for the show’s launch. It is going to be one of the biggies.”

Wish you all luck, Neha!! 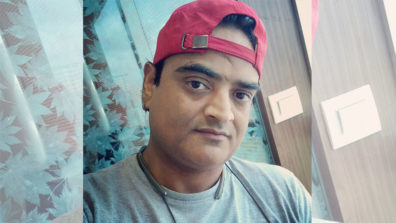 I wish to start my own production house: Abhishek Gupta, Casting Director