Some Television Serial Actors portray their role really awesomely and with full perfection, it is sometimes so awesome that give out some Goals to adopt. Divya and Drishti from supernatural drama Divya Drishti are major sibling goals. Divya Drishti is an ongoing popular show of Indian Television related to Supernatural Drama. has gripped the television audience from the get-go and has already become a fan favourite in just a handful of episodes that have aired so far.

Sana Sayyed plays the role of Drishti while Nyra Banerjee plays the role of Divya. In this serial, they are shown as two sisters Divya And Drishti who are separated at a very young age and both of them have been shown to have gifted with superpowers. One has the power to see the future and one has the power to change it. Both of them understand their priorities all too well and would never let any harm befall each other. 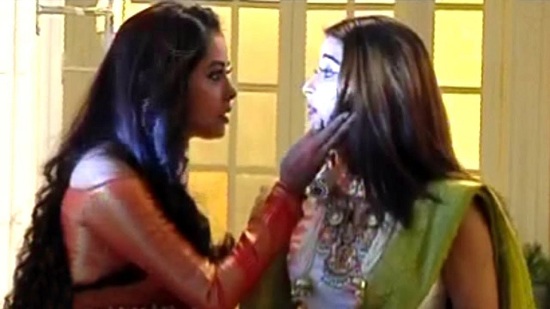 While they are inseparable sisters on-screen, Sana Sayyed and Nyra Banerjee are BFFs on the sets of the show as well, and their bonding is what helps the click so well on the show. From supporting each other to being the backbones and from worrying about each other to always putting the other one’s interest first, these Sharma sisters do it all.

These on-screen siblings have set all-new standards of ‘#sistergoals’ for their fans already and we can’t help but love their camaraderie and bond that is ever so tight. They have had each other’s backs on a human and even supernatural level at all times and it never ceases to amaze us how they are so supportive of the other person at all times.

Divya and Drishti both of them have blind trust in each other on-screen which shows there strong bonding and give us out major sibling goals.