Basu Chatterjee’s passing away has shaken the Industry today. Writer Zama Habib shares his tribute for the genius filmmaker. The vacuum created by the passing away of Filmmaker – Screenwriter Basu Chatterjee will be there forever.

A legend in Indian Cinema, the Nation lost this genius of a filmmaker today who passed away at the age of 93, after battling age-related ailments for a while.

Acclaimed Writer and Producer Zama Habib is deeply pained with the demise of a dear friend and his inspiration when it came to writing, Basu Chatterjee and he pays his tribute for him, via his thoughts.

We at IWMBuzz.com bring it to you here.

Simplicity is the ultimate sophistication. Our very own Basu da (Basu Chatterjee) knew it. Watch his movies like Rajnigandha, Baaton Baaton Mein, Chhoti Si Baat, Chameli Ki Shaadi, Chitchor and Shaukeen etc and you will also know it. The stories told with such great simplicity dealt with innocent complications of life. They were mint in your mouth. So refreshing!

I had seen almost all his movies and was a great fan of his work, taking them as feel-good cinema without realising the thematic beauties layered within. And one day, Sooraj Barjatya Ji gave me the DVD of Basu Da’s first movie “Sara Akash”. And then I realised, how serious his cinema was. If I compare, “Sara Akash” with his second directorial movie “Piya Ka Ghar” thematically both were same with a slight digression. Where Sara Akash dealt with the complication of relationship “within” in a joint family, Piya Ka Ghar explored relationship “without”. He dealt with the geniality of joint families and their submerged conflicts with aplomb.

His basic theme of all his movies was CHOICE. Yes, CHOICE is the core of an existential journey. Rajnigandha, Chitchor, Baaton Baaton Mein, Chhoti Si Baat, Shaukeen, Priyatama or Manzil. Take any of his films and you will find the protagonist struggling with his/her choice and finally overcoming it.

Ek Ruka Hua Faisla, Kamla Ki Maut, Swami though with a serious overtone, they too were about CHOICE. But the narrative made them look simple. Plainness manifested, simplicity embraced.

I must say, somewhere, subconsciously, his movies have influenced my writing also. I owe him. He has been my distant teacher.

A political cartoonist at Blitz, one of India’s biggest weeklies till the 80s. Basu da was one of the flag bearers of the Indian New Wave Cinema movement.

My heartfelt condolence to Rupali Guha and the family.

May his soul rest in peace!!! 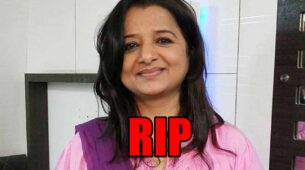 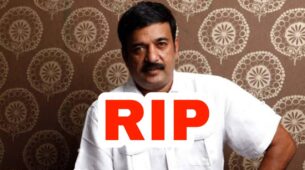