Things you hate about star plus show Kasautii Zindagii Kay 2

We still remember the moment when the clock was ticking and fans were eagerly waiting for the first episode of Ekta Kapoor’s Kasautii Zindagii Kay 2 to go on air. Fans and the entire cast of the show were super excited about this reboot. The promos had Shah Rukh Khan narrating this love story that has quite a difficult journey.

The original series had Shweta Tiwari and Cezanne Khan, who was later replaced by Hiten Tejwani. It was one love story that not only went on for years but is also known as one of the best love sagas on television. But this is a little different, we have Anurag Basu played by Parth Samthaan and Prerna Sharma played by Erica Fernandes.

Here are some things we hated about Kasautii Zindagii Kay.

1. The new cast: Although we are used to seeing the reboots and spin-off these days, still the original has no competition, right? That’s what we think about this reboot. Parth and Erica are doing well but there is no match to Cezanne and Shweta.

2. The big family: We are used to seeing the big family concept in almost every show now. There has to be a big family to keep the drama distributed, right?
3. Hina Khan and Karan Singh Grover: Both of them came for a few episodes but killed their performances. Although Hina left and Karan is back, we don’t like the space they are given every 20 episodes later they are brought.

4. Dead and brought formula: We see nowadays the dead and brought back formula in many series, be it other role or plastic surgery, fans demand their comeback and the makers bring. Such a thing happened here after Anurag pushed Prerna from Howrah bridge, she is back.

So, which thing did you hate most?

Also, read  Who is the SPECIAL one in Kasautii Zindagii Kay actress Erica Fernandes’s life during lockdown? find here 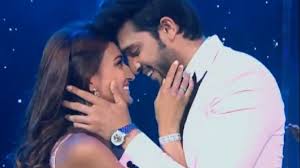 What A Swag: Parth Samthaan caught on camera spending time with friend...