The no-beard looks of Arjun Bijlani, Mohit Sehgal, Dheeraj Dhoopar will melt your heart from the core, COMMENT! Before the trend of the beard hit the acting industry, to bring to your notice, we used to see guys without a beard. To be honest, the no-beard looks of the actors were better as girls and women are complaining, men have changed a lot. Today, to make you go clean shave and bring back the original skin to show, we have the likes of Arjun Bijlani, Dheeraj Dhoopar, and Mohit Sehgal.

Starting with the hottest, we have the actor turned host Arjun Bijani. Seen in various shows in his lifetime like Ishq Mein Mar Jawan, Naagin, Miley Jab Hum Tum, and many more on the list. We all love to see him in the beard as he stands out from others. So, take a look at his best three no-beard looks.

The next person we have is the man in form these days, Mohit Sehgal. Yes, the Naagin 5 actor is trending with his Jay character in Ekta Kapoor’s Naagin 5. But let’s take a look back when we used to see him as Sammy aka Samrat in Miley Jab Hum Tum. The young and charming college lover Samrat was the cool guy in the show, the most unique thing about him back then was no beard.

The last person on our list is the man who is known to have the hottest beard in the whole telly town. Dheeraj Dhoopar plays the role of Karan Luthra in Kundali Bhagya. We have witnessed his various hair looks in 2 years of Kundali Bhagya’s journey but not once he went clean shave on-screen. But in real life, he did once, and let’s say there too he set the screens on fire. The Unexpected Twists From Kundali Bhagya 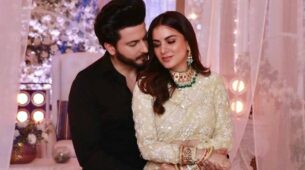 Dheeraj Dhoopar back in Naagin 5