Check out the interesting facts about all the cast of Kumkum Bhagya! One of the most loving shows on TV, Zee TV’s widespread primetime drama Kumkum Bhagya has been ruling audiences’ hearts ever since it was launched in 2014. This family drama explores and brings to life the deepest intricacies of human relationships, the chemistry of its leads Abhi-Pragya in addition to the gen-next couple Prachi-Ranbir, and its intriguing plot filled with twists and turns.

And it appears to be like that there isn’t stopping the show as Kumkum Bhagya completed 6 years last month! So let’s take a view on the cast of Kumkum Bhagya!

Sriti Jha –Right from fighting for her husband Abhi and now combating for her daughters, she made her acting debut in 2007 in a teen drama, Dhoom Machaao Dhoom where she performed the role of Malini Sharma. Shabbir Ahluwalia – The handsome and dashing man, Abhi in Kumkum Bhagya, grew to become the real-life rockstar over each fan’s thoughts. The actor tried his hand right from TV to Bollywood however, discovered his love in the TV industry and is ruling the show since then. Arjit Taneja- Mr. Arjit worked in the show till 2016. Vin Rana stepped in to fill the void and act as Purab. Mrunal Thakur- She is now nowhere seen in the show but Bulbul is a sister to Preeta, Pragya, and Srishti. If you had been watching her since 2014, you could have observed that Mrunal Thakur does not appear in the program. Shikha Singh- Shikha plays Aliya, who happens to be the sister to Abhishek. She plays the main antagonist. Outside the glamour of the small screen, Shikha Sigh is married to her long-time lover, Karan Shah. They tied the knot in 2016. Krishna Kaul – Krishna was on his Roadies journey when he was offered the lead position in Kumkum Bhagya. And the 21-year-old, Krishna has managed to take his place amid the gang of younger actors on the small screen. Leena Jumani- Kumkum Bhagya’s Tanu who played the role of an antagonist. You should be asking yourself, what’s the identity of Tanu in Kumkum Bhagya? She played Abhi’s love interest in the initial years of the serial. Mugdha Chaphekar – Better known for her serials like Satrangi Sasural and Sajan Re Jhoot Mat Bolo, the long-time actress is now enjoying the role of the daughter of Abhi and Pragya in Kumkum Bhagya as Prachi Arora and is liked by followers. Naina Singh – Splitsvilla provides winners an opportunity in the TV industry. As Naina got the opportunity to play Abhi and Pragya’s daughter Rhea and she gave full justice to it. 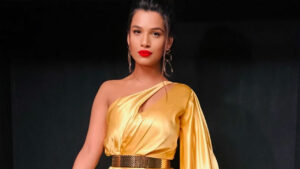