As the year is coming to an end, everyone is trying their best of time and carry forward beautiful memories. One such reel couple that is doing their bit too merry in other’s life, is Kumkum Bhagya actors Sriti Jha (Pragya) and Shabir Ahluwalia (Abhi).
The actors were dressed in bright red and looked ravishing together. Not only this but they also showed their best dancing and acting skills during the award show that made many heads turn.

Sriti, who plays the role of Pragya on the show, wore a pretty wrap-around dress and paired it with nude heels. While her co-star, Shabir (Abhi), was all smart in black trousers and a white shirt.

This is the latest trend to have hit the fashion market. Earlier, you would find matching dupattas with your lehenga- choli, but today, a fad of contrasting colors is now in vogue.

The most common one you would find is a maroon lehenga-choli with a peach dupatta, among many other combinations. Kumkum Bhagya actor Pragya here is seen wearing a royal blue and golden printed lehenga with a green bordered golden dupatta and a grey blouse and we need to say this is perfect family function wardrobe.

While, Abhi always like to keep it cool and rockstar type attires, he also gave us major dressing goals. He wore black sexy Sherwani and was nailing the look as all saw him the first time in traditional wear. Seeing him even Pragya blushed for a second and why not?
Even we did right? 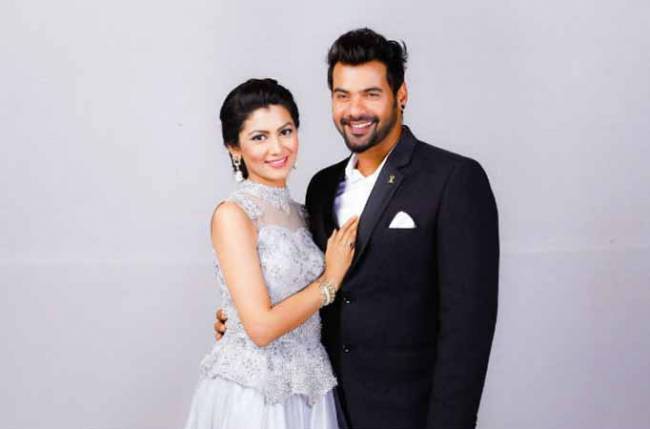