We often come across a number of great on Indian television from time to time. However, one of them who really stands out to us from the rest is Mouni Roy and we are here to tell you more about the star.

Mouni Roy is by far one of the most loved actresses on Indian television. The actress was loved ever since she first appeared on-screen. She now has a fan base of millions across the country and is so successful in the telly world that she has entered the Bollywood industry too. She first debuted on screen through her big break in the serial Kyunki Saas Bhi Kabhi Bahu Thi in the year 2007 by playing the role of Krishna Tulsi. The actress then did serials like Devon Ka Dev… Mahadev. But she rose to her mighty fame through her role as Shivanya in the serial Naagin. In fact, she did so well that the show was the most-watched telly daily sop at its time.

Not to forget the actress also has a flair for dancing and she has proven this to us through her participation as a contestant on the dance reality show called Jhalak Dikhhla Jaa in the year 2014. She has also made her debut in the Bollywood movie Gold where she was seen sharing screen space with the one and only Akshay Kumar. She was so good that she ended up being one of the finalists too. It is fair to say that the star is full of surprises. Apart from her work, she is adored for her killer features like her dark round eyes, her plump lips and perfectly sculpted face. But what we really can’t get our eyes off is the actress’ perfect figure that we’re all dying to know the secret to.

However, what we are really here to admire about the star is her great sense of style and the amount of grace she holds to ace outfits of any kind. Ranging from traditional to ethnic to western, we have seen the dive wear every kind of outfit in her span of a career. While on-screen we mostly see her setting a benchmark for other stars in sarees or more traditional looks, off-screen we see her slaying western outfits of various cuts too. She is often seen going for the monochrome scheme with mainly warm colours and she seems to know just what she is doing.

We hope to see more of Mouni Roy and her splendid looks in the years to come. Stay tuned with us for more updates on your favourite celebs. 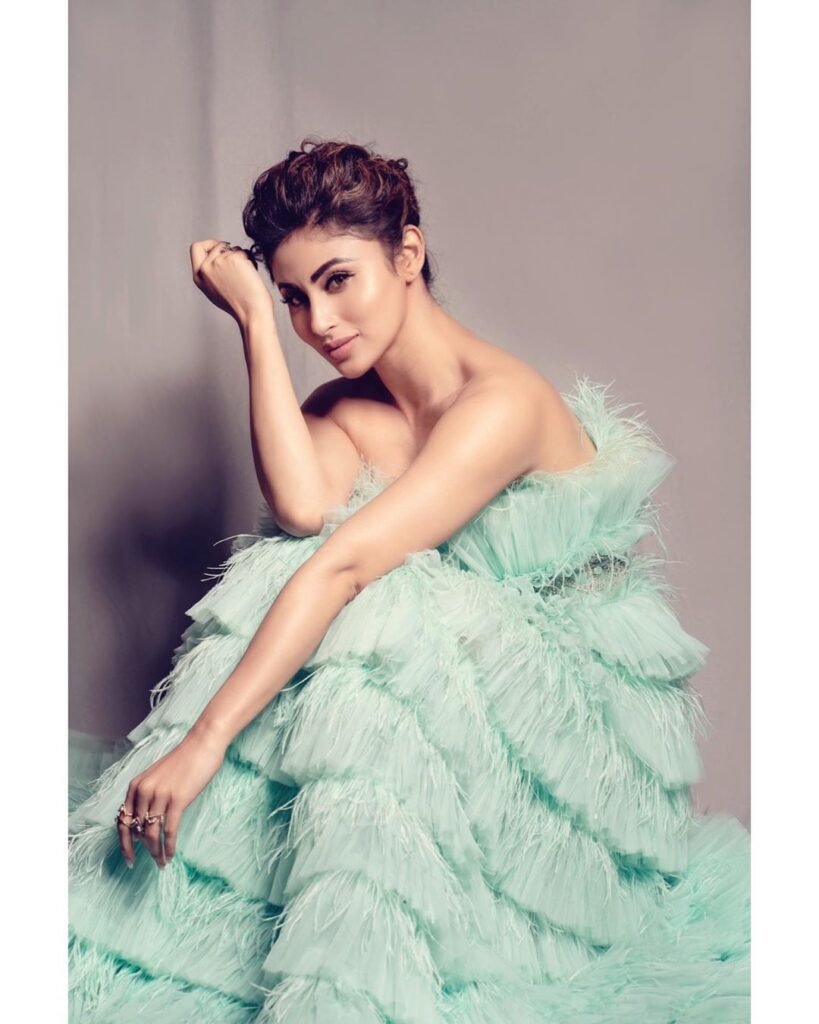