These pictures of Nia Sharma and Niti Taylor is proof that western outfits make you look sassy! From a model to an actress, Nia Sharma has truly made her place in the industry. The journey of being a ‘self-made’ actress has not been easy for the diva. Nia played Manvi Chaudhary in the daily soap Ek Hazaaron Mein Meri Bahena. She gained immense love and popularity among the audience through the show Jamai Raja playing Roshni Patel and now she has become a household name Brinda from Naagin 4.

Post that, she went on to do reality shows like Khatron Ke Khiladi 8 and shot to fame. The actress is very active on social media as well and makes sure she keeps updating her fans and blesses them with some of the most gorgeous looks ever. The diva Neha Sharma aka Nia Sharma pulls off western outfits with absolute ease and style. Check it out. Niti Taylor is popularly known for her lead role in the TV serial Kaisi Yeh Yaariyan. She has been praised for her role in several popular television series and along with that, the actor has also managed to garner popularity as a fashionista. Niti Taylor seems to set fashion trends with everything she wears.

While Niti already floored everyone with her acting chops, fans have also noticed that her fashion statements have also made headlines time and again. We saw how much Niti likes to wear casual wear but you have to see her in a western look. Those smoky eyes, sexy charm, and when in the western outfit, you are and will be the catch.

Let us take a look at times when Niti aced western looks. Nia Sharma and Rashami Desai are lovely people and it is fun to have them around: Naagin 4 actor Vijayendra Kumeria 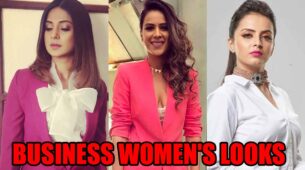 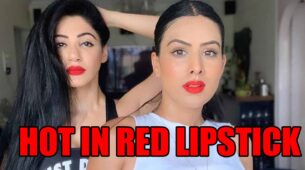