Asim Riaz is an Indian and International Fashion Model who has been part of many television commercials and fashion concerts.

Being born in J&K, he completed his studies from there. The youngest model rose to fame after he appeared on one of the most controversial reality shows of Indian television industry named “Bigg Boss” season 13.

Asim gained enough eyeballs for his physique, looks, and behavior on the premiere episode of the reality show and became the topic of conversation. Apart from this, he is a known famous model who went on to become the eye candy for female audiences.

On a look at his social media profile, Asim loves to flaunt his long curls and bare torso. He added the hotness quotient in the Bigg Boss 13 house.

Another important industry he stepped into was the fashion industry. With his amazing hairstyles and his incredible personality, Asim has conquered almost every peak.

Speaking of which, Asim has now also bossed looking handsome in a suit. Something many were skeptical about.

This is what he says about his favorite formal look and how he styles his suit in his way “I literally live in suits. That’s the fun of working in television: you get to wear good suits almost every day. I change the cut and fabrics of my suits, depending on the season. I believe men should own a few three-piece suits, which are great for formal functions and sometimes for the winter months.

Here are some of his sexy suit looks that you will love: 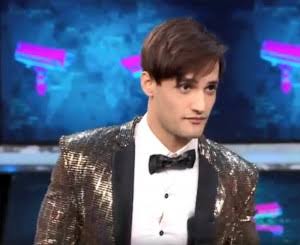 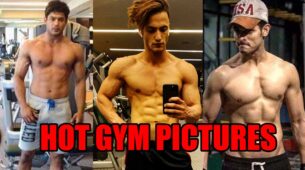