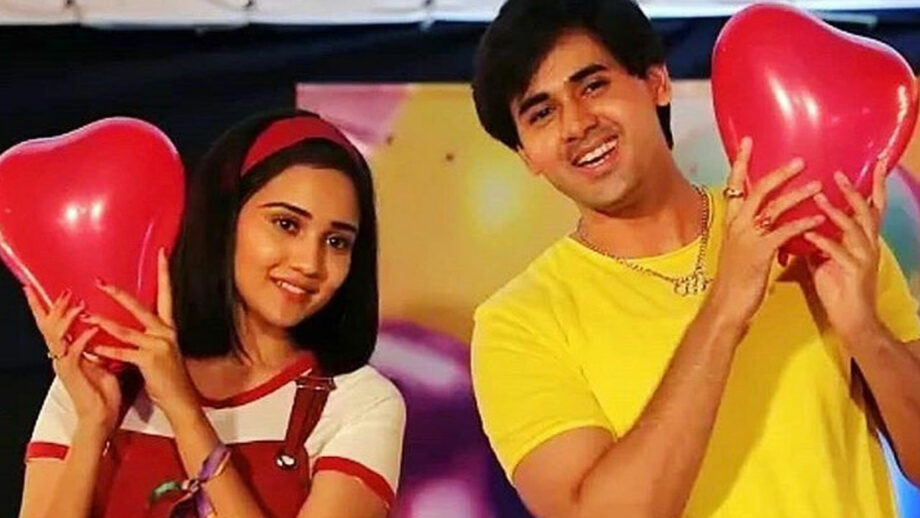 Yeh Un Dinon Ki Baat Hai is an Indian Hindi language coming-of-age romantic period drama television series produced by Shashi Sumeet Productions which was aired on Sony TV. It featured Ashi Singh and Randeep Rai as Naina Agarwal and Sameer Maheshwari. Set in the 1990s, it is based on the youngsters’ love story.

However, there is another interesting anecdote about the show that has got lost in its success. That is, the show is based on the real-life love story of its makers Sumeet Mittal and Shashi Mittal. Producer Sumeet Mittal shared a post on Instagram and made an emotional appeal to the fans to save Yeh Un Dinon Ki Baat Hai. He shared the post along with a throwback image of himself and wife Shashi.

The couple looks quite similar to Sameer and Naina from Yeh Un Dinon Ki Baat Hai. The husband-wife duo runs a production house by the name Shashi Sumeet Productions. They have churned as many as 28 shows so far including the supremely successful ones like Star Plus Diya Aur Baati Hum. However, Yeh Un Dino Ki Baat Hai is close to their hearts as it allows them to relive their love story once again.

The romantic drama chronicles the adolescent romance between Naina and Sameer. The show takes viewers back to the 90s when things like telephone or TV were considered a luxury. In an era, when very few shows survive the weekly rating onslaught Yeh Un Dino Ki Baat Hai has completed 499 episodes riding on the back of the teenage romance theme and came to end on 14th August 2019.

For the Mittals, writing the story was the least challenging part as it was a walk down the memory lane for them. The bigger challenge, however, was recreating that era on the screen. However, the producers have overcome that challenge as the show has successfully re-created several aspects of the 90s. The show has received critical acclaim with praise for its performances and script.

Wasn’t the real-life love story of producers interesting to see it on screen with actors Randeep Rai
and Ashi Singh? Let us know in the comment box below.