In the past years we have come across daily soap actresses on Indian television who have stolen our hearts not only with their acting skills but also with their looks and nature. One such actress we all know and are extremely fond of is Sanaya Irani and we are here to tell you more about why we love her. 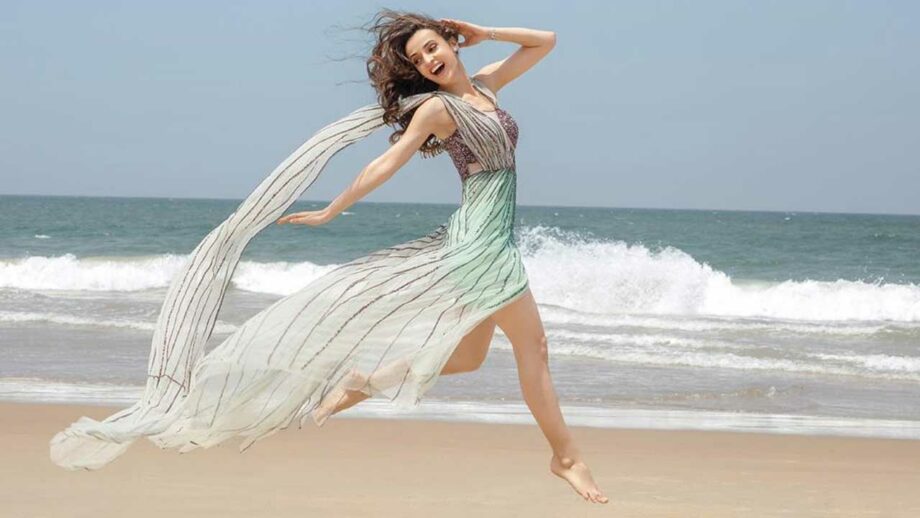 Sanaya Irani is without any doubt one of the best actresses that the telly world has ever known in all these years. She was loved ever since she first appeared on screen and now has a fan base of millions all over the country. Sanaya is loved mainly due to her acting skills and strong dialogue delivery which come as no surprise knowing what a terrific actress she truly is.

In all these years, we have seen Sanaya contributing marvellously to the telly world through her gift of acting. She was seen in serials like Miley Jab Hum Tum and then Iss Pyaar Ko Kya Naam Doon? Most of us are quick to assume that she first made it on screen through the telly world, but fact remains that she first had a cameo in the 2006 movie Fanaa where she played the role of Mehbooba. In 2015, the actress was part of the dance reality show Jhalak Dikhlaa Jaa and was also a finalist on it. Whereas when she entered with her partner Mohit Sehgal on the show Nach Baliye in the year 2017, she ended up winning the third place. The actress apart from her work is also known for being a sweetheart towards fans with her warm demeanour towards them. She is also loved for her doe like eyes, precious smile and flawless skin.

We hope to see more of Sanaya in the years to come. Stay tuned with us for more updates on your favourite celebs.