Recently, Star Screen Awards saw its 23rd edition of the annual film awards show that took place in Mumbai. The star-studded event felt the presence of numerous actors and actresses from the Bollywood and Indian Television Industry. Out of which our eyes fell upon Shivangi Joshi who plays the role of grown-up ‘Naira’ in the TV Serial Yeh Rishta Kya Kehlata Hai.

And let us tell you, we are wowed by her picturesque appearances at the award function. We are yet to decide on what are we loving more, her cuteness or her dazzling outfit!

Shivangi Joshi exercised a pure choice of lacing up in KALKI’s avant-garde gown in the shade maroon. The sheer gown is intricately constructed using 3D flowers that are nothing less than mesmerizing. The off-shoulder neckline looks flawless at the same time promises you, the one-of-a-kind look!

The beautiful actress is not only known for her amazing acting chops, but also for her impeccable styling sense. Recently, the actress gave her fans a treat of beauty as she was spotted at an event in Mumbai.

Shivangi dolled up an off-shoulder floral gown and open tresses. She kept her makeup minimal and let the simplicity do the talking. The grace with which Shivangi pulled off the outfit, is commendable.

Here take a look at those marron, grey and many other off-shoulder gowns and dresses worn by Shivangi Joshi. 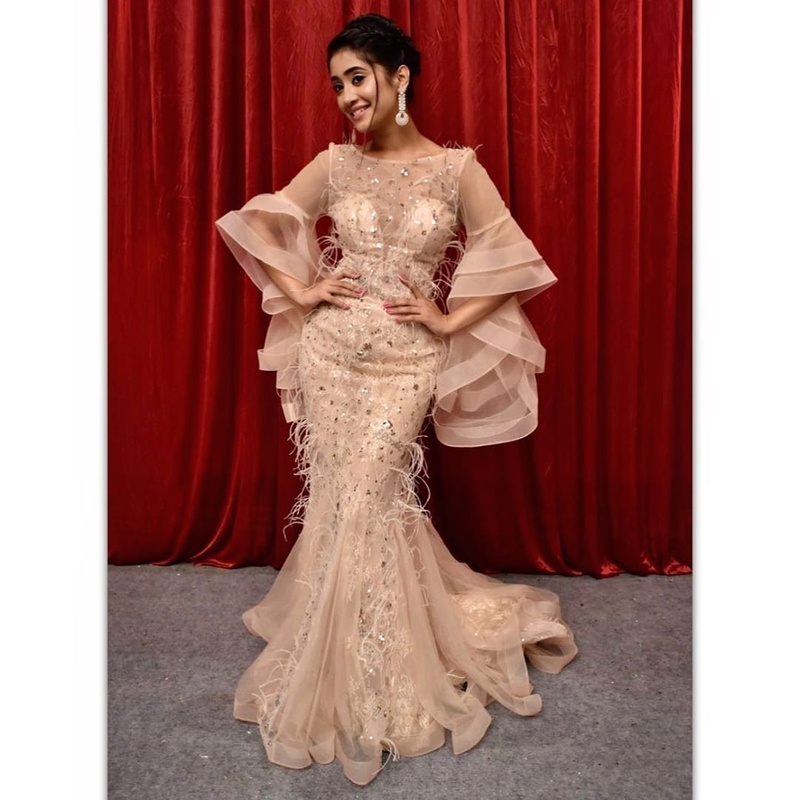