Sumedh Mudgalkar and Mallika Singh are currently one of the most popular TV jodi. The two are known for their characters Krishna and Radha in Star Bharat show RadhaKrishn. Needless to say, the show made Sumedh and Mallika overnight stars.

Sumedh and Mallika met on the sets and they grew to become better of buddies. Their on-screen chemistry is cherished by the viewers and that’s due to the off-screen rapport that they share.

Also Read: From Guitar To Fashion: The Common Hobbies Between RadhaKrishn’s Sumedh Mudgalkar And Mallika Singh

The chemistry between the two actors on screen is not only evidence of their talent, but also makes the story easier to watch and way more believable. The acting of the two leads is enough to hook anyone to the plot of the show.

The two shared have had a lot of moments together on set while shooting for the show, here we bring you some of their candid photos for their lovely fans. 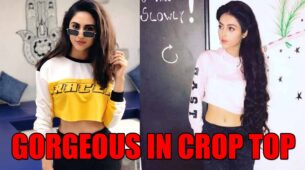