Achieving a great height of success, Surbhi Jyoti has made a mark in the industry by way of her charming personality and portrayal of Zoya Farooqui in Qubool Hai and Bela in Naagin 3.
Actress Surbhi Jyoti, who has rocked the small screen as the third ichadhari naagin in Naagin 3, has come a long way from her Qubool Hai days.

Let’s take a look at her transformation in pics. It would be news to many that Surbhi Jyoti, who started her career with the regional theatre and films, has also worked as a Radio Jockey in the past.

TV actress Surbhi Jyoti, who played the role of Bela in Naagin 3, manages to make heads turn with her style. Recently, the gorgeous actress attended a cocktail party with other celebs and looked stylish in a golden dress.
The ravishing Surbhi Jyoti, who never fails to impress all with her looks, is 30-years-old. But, from the looks of it, age is just a number for her. The actress boasts of a commendable fan following with good reason.

She bagged a role in the Hindi TV show, Qubool Hai, in 2012. She was seen in multiple roles in the show that went on air till 2016. She had won a lot of prestigious awards for her performance.

The show was a game-changer for her and made her a household name.

In 2014, she was ranked as the 16th hottest Asian beauty in an annual poll conducted by a UK-based weekly newspaper. Also, she had hosted three seasons of the love drama Pyaar Tune Kya Kiya opposite Meiyang Chang.
Surbhi Jyoti had featured in a lot of web shows. She was noticed for her performance in most of them.

When asked about her fitness mantra, Surbhi Jyoti very candidly said that she practices yoga daily and constantly stays hydrated by drinking lots of water. Her diet is a simple mix of fruits and vegetable and she is a confessed foodie and also a pure ‘eggetarian’ in her own words.

Surbhi Jyoti is in excellent shape and we can’t help but admire her simple and easy-to-follow fitness goals. She is giving the young generation some major health and wellness goals and do-it-yourself food tips! 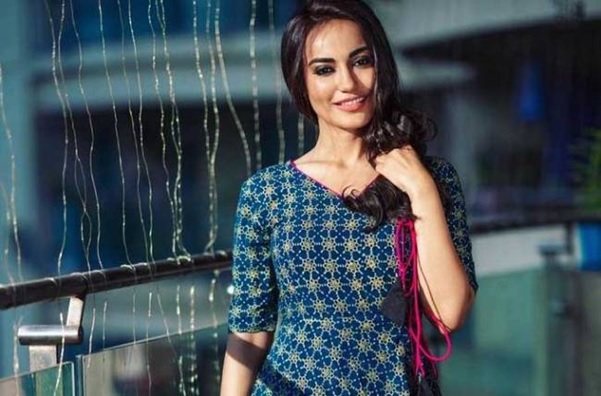