All the angry moments from Yeh Rishta Kya Kehlata Hai are here, check out! Yeh Rishta Kya Kehlata Hai, the serial is one of the most popular shows not only on Star Plus but also on Indian Television. Almost every house has a fan of Yeh Rishta Kya Kehlata Hai who with all of their interest watches the show but also shares what happens, for example, the pados wali aunty! The show completed more than 11 years on Star Plus and we think it will go on. First Hina Khan and Karan Mehra but now Shivangi Joshi and Mohsin Khan are doing the needful.

Yeh Rishta Kya Kehlata Hai has observed many leaps in the show. And the reason behind most of them is the drift between Kartik and Naira played by the actors Mohsin Khan and Shivangi Joshi. Both the lead actors know how to pour emotion on every scene, especially when it comes to romance and fights. Fighting is the second most favorite thing of Kaira (Kartik and Naira) only after romance. 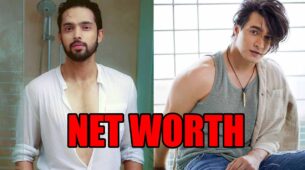