Star Plus’ popular show Yeh Rishtey Hain Pyaar Ke, produced by Director’s Kut, has been keeping the audience glued to their TV screens with interesting drama.

Shaheer Shaikh is a lawyer turned actor and model, and is a hunk, with both brains and brawn.  He has worked in a number of television soap operas and been seen in various hot and sexy avatars. He is best known for playing Dev Dixit in Kuch Rang Pyar Ke Aise Bhi. He is currently playing the lead role in Yeh Rishtey Hai Pyaar Ke. Shaheer’s looks make him look like an Indian Greek God, who is here to flaunt his dashing avatars.

And Ritvik Arora is an Indian television actor. He is best known for portraying the role of Ahaan Dhanrajgir in the show Tu Aashiqui that aired on Colors TV. He is currently portraying Kunal Rajvansh in the daily soap opera Yeh Rishtey Hain Pyaar Ke that airs on Star Plus.

Both the actors are seen in Yeh Rishtey Hain Pyaar Ke.

And at Kunal’s bachelor party, both Abir and Kunal, that is Shaheer Shaikh and Ritvik Arora enjoyed themselves.

Below are a few pictures of them enjoying at the party and having fun. Have a look at the pictures below. 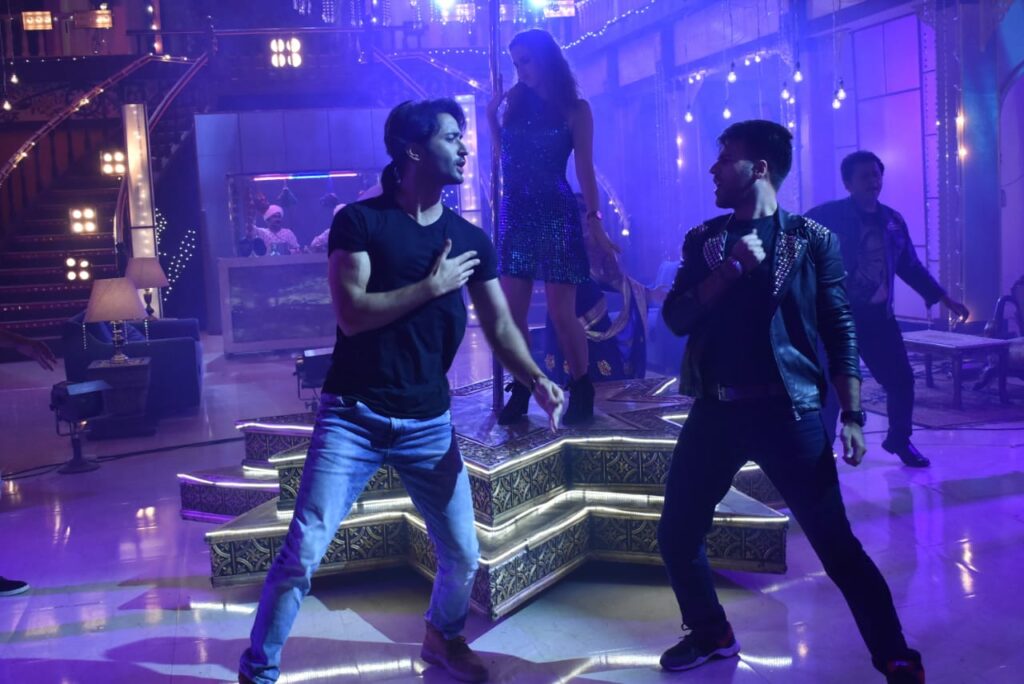