IMEC is a closed door B2B event that sees speed matchmaking between the buyers and sellers. 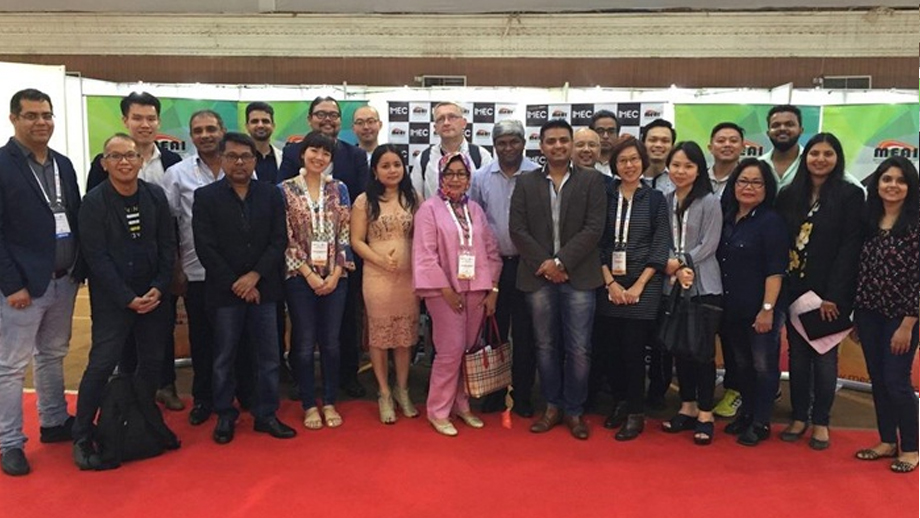 IMEC is a closed door B2B event that sees speed matchmaking between the buyers and sellers. IMEC 2019 was held on 4. 5 February, 2019 at Hyderabad International Convention Centre (HICC), Hyderabad. Like the previous edition, IMEC was co located with Electronics and Computer Software Export Promotion Council of India (ESC)’s IndiaSoft.

IndiaSoft is India’s premier IT event that saw 350+ hosted buyers from 60+ countries looking to do business with 200+ Indian companies including 50 startups. This resulted in 4000 business enquiries. 79 companies used this platform to launch their innovative products.

Ankur Bhasin, Secretary, MEAI commented, “We are grateful for ESC’s patronage for continuing to host this alongside IndiaSoft. This has given a well rounded definition to the event providing technology aspect to the M&E industry that we have been focusing on. We will continue to co locate with IndiaSoft and will aim at 100+ buyers for the next edition. We are also seeing strong interest from international studios to come and sell in IMEC  – we already had 2 people from Japan this year. This is the intended path as it will also spawn additional service opportunities for Indian studios.”

DK Sareen, Executive Director of Electronics and Computer Software Export Promotion Council (ESC) speaking about IndiaSoft commented “This event up until now has basically been looking at emerging markets. For the first time we have also co-located a brand GlobalSoft. GlobalSoft will allow foreign countries anywhere in the world to make use of this opportunity of global connections. This show will be the world SME meeting event moving forward.”

Sushil Bhasin, President MEAI commented, “I would like to especially extend our heartfelt gratitude to TVAGA for their excellent support. They helped spread the word about IMEC and actively got their members to participate in the event in large numbers. TVAGA President, Shri Rajiv Chilaka personally attended the event and lent us his gracious support.”