Ghat Ghat ka Paani includes the story of the many ghat regions on the banks of the Ganga river and its tributaries in the holy land of Varanasi. Amongst the ringing bells and holy mantras are stories that one can never read and these stories give you an insight into the lives of the people living around the valley. The ones who walk past you, the ones you want to know more about but never really get a chance to stop and ask. It tells you a story about each face, in each new chapter. Kids, adults, locals, and people from all over the country live here in harmony. It also gives a glimpse of death that surrounds the Ganga, with those who pass on from this world in the hope of attaining salvation. Ghat Ghat ka Paani explores life and its countless shades along the holy Ganges where dreams are either fulfilled or broken, but life goes on despite everything.

Produced by Kalikrama productions and directed by filmmaker  Akash Shukla, the show was shot last year.

When we spoke to Akash on this he said “I was born in Allahabad and Banaras was something that I always kept hearing about from my relatives and people around especially because of its religious importance.  I visited there a few time, and it gave me a sense of calm which was weird because visually it’s a very chaotic place. The ghats, the people around, the evening aarti, it like a carnival of faith where you find people from all walks of life coming together to celebrate this feeling that I don’t a word for.

There is a an old saying about banaras in Hindi which goes like  “raand( people asking for money), saand (bull), seedhi (stairs), sanyasi(asectic or a sadhu) inse bacho toh bhogo kashi”. I was really really intrigued with this quote, keeping these things at a bay, I tried looking at Banaras and it started making sense. I wanted to capture this so called sense of banaras in the film. I had a bunch of ideas, got ready, went there but all the pre-production ideas started falling apart because it’s really not easy to predict what you will find on the ghats. I started taking to the people in the ghats and slowly these conversations became windows through which I could clearly see and feel the essence of banaras.” 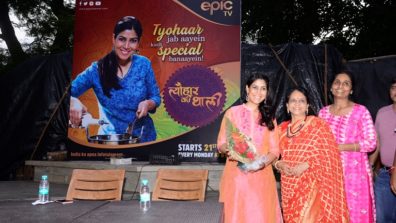 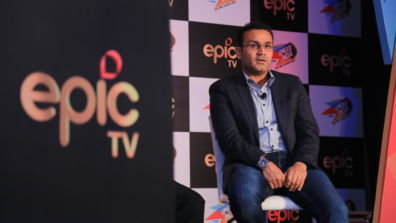 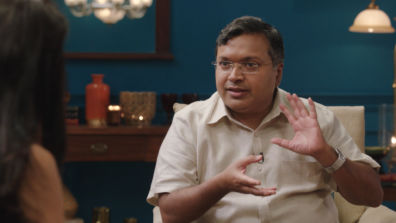 EPIC Channel back with season 3 of Devlok with Devdutt Pattanaik