The magic and comedy series will premiere on Nickelodeon starting 11th June 2018 every Monday to Friday at 7.25pm 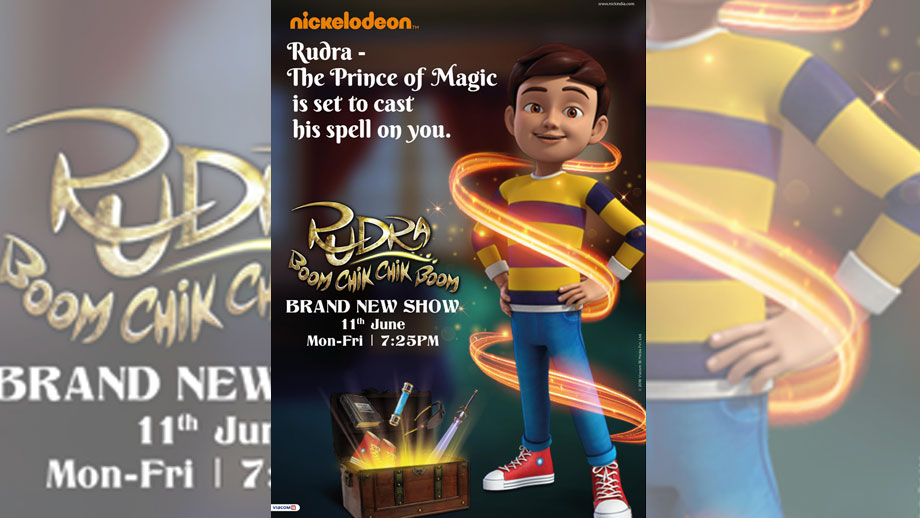 Nickelodeon, India’s leading kids’ entertainment franchise and a pioneer in creating homegrown content in the country is all set to introduce India’s First Magictoon and Prince of Magic “Rudra – Boom Chik Chik Boom”.A category first, Rudra is an magic comedy series that is all set to enthrall young viewers of Nickelodeon starting 11th June 2018,every Monday to Friday at 7.25pm.

Nickelodeon has always identified white spaces and launched characters that are ground breaking. Each of the local home-grown Nicktoons from Pakdam Pakdai, India’s first chase comedy, Motu Patlu – the only adult protagonist in the kids’ animation category that has gone on to be a chart topper toShiva, India’s whiz kid andGattuBattu, India’s first animated detective series, have all introduced kids to new genres of entertainment. With the launch of its 5th IPi.e“RudraBoom Chik Chik Boom”, the franchise has forayed into the untapped genre of magic, emerging as a franchise with the widest array of local IPs. With a local content library of over 350 hours, Nickelodeon is now poised as a franchise with the largest and most versatile homegrown content library in the category.

Produced by Greengold Animation, 9-year-old Rudra is a spirited and intelligent boy who lives in the magical Sun City with his grandfather Jai Singh, a supreme magician and patriarch.  Always curious to learn, Rudra is being mentored by his grandfather to emerge as his successor and the greatest magician ever.  Rudra’s journey in the world of magic is made exciting with his best friends Varun and Maira who together protect Sun City from the Super-Evil magician Shakaal and his minions.  The landmark show is written by Niraj Vikram. Legendary Gulzaar Saab has once again scripted lyrics for the title track of the show to be sung by Arhaan Hussain on the high-octane music created by Simaap Sen.

Announcing the launch, Nina Elavia Jaipuria, Head – Kids Entertainment Cluster, Viacom18 said, “Nickelodeon has always introduced kids to characters that are inspiring, unique and endearing. Catering to children and their evolving preferences has been at the core of all our initiatives.  It is with this intent that we have brought alive clutter breaking and pioneering characters that have gone on to be category game changers and favorites amongst kids.  Our new character Rudra is another category first and is sure to be much loved and adored by kids.”

She further added that “We have been focused at creating an entire ecosystem for kidsthat extends beyond television to Movies, On -ground, Digital, Experiential, Consumer Product and OTT s with our successful portfolio of iconic Made in India IPs.   The launch of Rudra is set to add further depth to our portfolio and provide impetus to our objective of engaging kids and creating a dynamic kids ecosystem.”

Speaking about the 5th IP launch of Nickelodeon  Anu Sikka, Head – Content,Kids Entertainment Cluster, Viacom18 said “Magic has been an important part of India’s rich story-telling heritage and children have always been enthralled by this genre. However, despite the interest there have been no kid’s characters that have been created out of India to cater to this need of our young viewers. The launch of Rudra will help plug this important need gap and provide kids a character that can take them into a new imaginary and mystical world of magic.”

The show’s launch will be supported by a robust promotion plan across all the network channels. It will also be brought to life on social and digital through games and a high decibel outreach plan. The promotions will extend into the upcoming Back To School Season through Nickelodeon’s expansive School Contact Programme, taking Rudra out of television screens into the daily life of kids.

So, get ready for some magic and mystique with the Prince of Magic “Rudra – Boom ChikChik Boom” 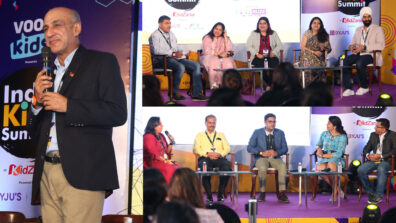 India Kids Summit 2020: Here's taking a look at all the eminent speakers 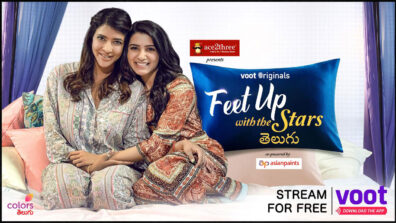