Suniel Shetty to stun the viewers with his new dancing avatar The Real Steel of Bollywood, Suniel Shetty who is known for his macho looks and action-packed performances is all set to stun the viewers with his new dancing avatar!  The action star who is currently in Goa shooting for &TV’s reality show India’s Asli Champion…Hai Dum will be seen shaking a leg in the upcoming episode of the show to the popular track ‘Galyan Sakli Sonyachi’!

Speaking about the same a source from the set shares, “In the upcoming episode, the task revolves around a jetty for which we were shooting by the sea shore. We had local fisherman and women doing a koli dance to set the flavor of the setup. In a spur of the moment,  Suniel Sir, who is usually reserved and quiet, decided to join the dancers and grooved to the beats of the hit song Galyan Sakli Sonyachi in his own style. Everyone on set started cheering him and seeing his impromptu dance, the contestants joined in in the fun too.”

Amidst the intense tasks and training, we are sure everyone on-set must have had a gala time watching Suniel shoot the fun sequence. To catch his dancing avatar, tune-in  to India’s Asli Champion..Hai Dum, this Saturday and Sunday at 9 pm only on &TV

Must Read: & TV to launch a big-ticket crime based show 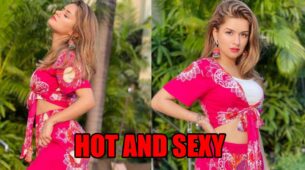 Hina Khan Hottest Beach Lady In TV Town: Have Look At This Pics That Will Prove It 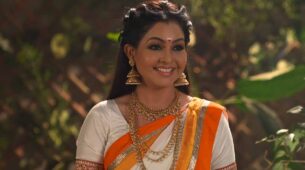