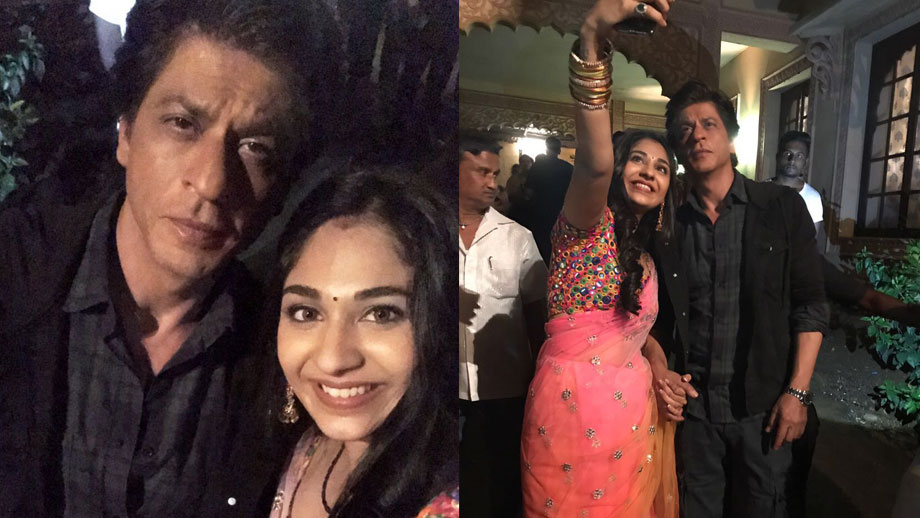 The upcoming episodes will see a major twist as Kamal Narayan (Sai Ballal)threatens to kills the innocent chindren of Azadganj if Sooraj (Vijayendra Kumeria) and Chakor ( Meera Deosthale) get married. He further holds Chakor and Sooraj to ransom and asks them to put an end to their relationship if they wish to save the kids

As Chakor and Sooraj decide to part ways, Harry (Shah Rukh Khan) and Sejal (Anushka Sharma) enter their lives to resinstate their hope in true love. Harry explains them how love is a precious feeling and they should never let go of each other

While Shah Rukh Khan and Anushka Sharma visited the sets of Udann to promote their much-awaited film, Jab Harry Met Sejal, their presence added to the excitement and enthusiasm of the cast and crew

Imli’s (Vidhi Pandya) excitement knew no bounds when she got to know that she will be sharing screen space with the man of her dreams, Shah Rukh Khan, for one of the sequences

She was anxiously strolling up and down the entrance waiting for him to arrive and when he did, she almost screamed in excitement

Speaking about her experience, Vidhi Pandya said, “I actually felt like I was Jaya Bachchan from the movie Kabhi Khushi Kabhi Gham eagerly waiting at the door expecting Shah Rukh to enter. The entire scene ran through my head when I did something similar. I am extremely happy as my childhood dream finally came true as I got to share a hand-in-hand moment with Mr. Khan. I will cherish this moment forever in my life.”

Will Harry and Sejal be able to bring Chakor and Sooraj back together?