Expressing her views on using the platform Paridhi said, “I basically joined Instagram on my husband’s suggestion. He is of the opinion that it is very important and relevant for actors as it gives us access to stay connected with our fans on a larger scale. Now that I’m finally active on Instagram it’s very sweet to receive all the fan messages.”

Living true to their on-screen characters the bubbly Ashnoor has been helping Paridhi use the social media platform. Talking about Ashnoor’s sweet gesture, Paridhi added, “Ashnoor has helped me in handling social media. She has been very supportive of everything. Every other day I reach out to her with new doubts and queries related to the platform and she has been very sweetly and patiently answering my queries. It’s a lovely experience working with her.”

Patiala Babes is about the special mother-daughter relationship where the daughter not only gives wings to her mother but helps her take the leap of faith. Paridhi and Ashnoor share a very good rapport and have been bonding not only on-screen but also off-screen. 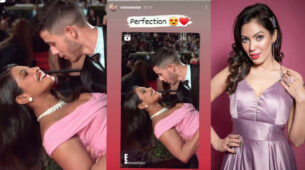 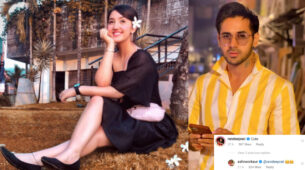 They Are So Cool: Taarak Mehta Ka Ooltah Chashmah's Munmun Dutta aka Babita has a secret unknown connection with BTS, find out