Alia Bhatt’s throwback moment wherein she explained very cutely on a query and her expressions were on target. Alia Bhatt the glam doll of the Bollywood industry has given her fans a lot to cheer about when it comes to her amazing acting skills in movies that she has been a part of!!

Well, the gorgeous beauty has been seen many times on the stage of TV reality shows, wherein she promoted her films.

In one such appearance in the show Super Dancer on Sony TV, Alia Bhatt was questioned in a curious way by ace comedian and anchor Paritosh Tripathi on the meaning of ‘Gulu Gulu’….

And though Alia had a tough time explaining it, she expressed about it so cutely that we were fond of this sequence.

Aww!! Alia at her best with respect to expressions!!

You can check the story here, wherein Alia along with Ranbir was spotted together at the senior Kapoor’s prayer meet: Click Here 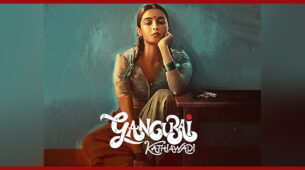