I have always been a fan of Nitish Bharadwaj and wish to meet him someday: RadhaKrishn fame Sumedh Mudgalkar | IWMBuzz
Subscribe Now
Television | Snippets Sumedh Mudgalkar who is charming the audience with his performance as Krishn on Star Bharat’s popular mythological show ‘RadhaKrishn’ is all set to watch the re-telecast of ‘Mahabharat’ on Star Bharat. The reason he is looking forward to watching the show is Nitish Bharadwaj who inspired him with the portrayal of the role of Krishn in the first place. Rumor has it he has always wished to meet Nitish Bharadwaj who played the role of Krishn in this epic show.

When spoken to Sumedh Mudgalkar he said, “As I started preparing for RadhaKrishn I tried to learn more and more about Krishn’s characteristics. The first memory of Krishna I remember is the stories my grandmother used to share. Secondly, Shri Krishna’s portrayal in the Mahabharat I watched as a child. Whenever I talk about one of the most mesmerizing portrayal of Krishna, Nitish Bharadwaj Ji’s name is always on the top of the list. It always is! I remember watching the episodes just before RadhaKrishn during my learning process. I’ve always been a fan, I don’t know if I’ve been lucky enough that he has come across my work ever, but I wish so he does. I hope I get his blessings. I wish I can meet him someday. It’s amazing to see Star Bharat is getting the legendary show on the channel. It’s going to be lovely!”

Well, we hope your wish comes true and you get to have your fan moment Sumedh 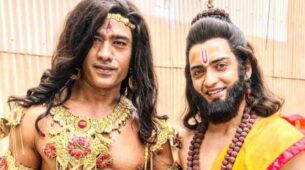 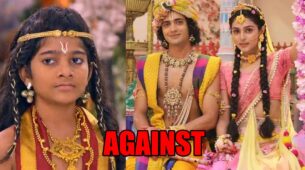 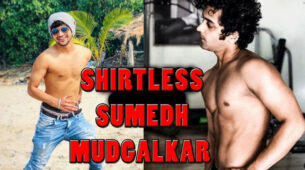