Amardeep gifted Gourav a pair of black shoes after their performance because he felt that they shared a similar struggle in their childhood and understood what he may need. 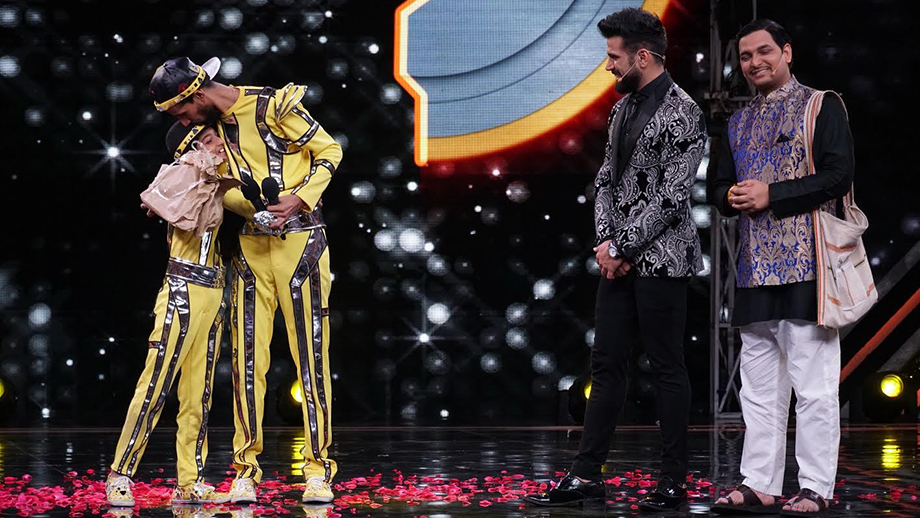 The popular dance reality show on Sony Entertainment Television ,Super Dancer 3 will soon showcase its Grand Premiere episode as one that’s never been seen before on TV. The performances by the Super Dancers and Super Gurus are truly remarkable and all the 12 contestants prove that they are the best dancers in the country and deserving to be on this prestigious platform.

One of such power packed performance was by Amardeep Singh Natt and Gourav Sarwan of Jaipur and their chemistry together really felt like a match made in heaven. The judges praised their performance making Amardeep emotional. Overwhelmed to be on Sony’s Super Dancer, Amardeep thanked Sony and felt it was a dream come true.

He said, “I used to watch Sony TV’s Boogie Woogie every week. I always liked dancing but the true passion to take it further ahead was only because of watching the show and now, that I’m one of the Gurus participating in the same channel for a different show, it makes me feel very blessed. I would like to thank Sony from the bottom of my heart for this opportunity.”

Acclaimed judge, Geeta Kapur welcomed Amardeep on the show and shared that she was very proud of him. She mentioned that Amardeep also teaches Robotics to many kids who participate on various reality shows.

Amardeep and Gourav have such a great chemistry while dancing and the judges felt they are ‘Rab ne bana di Jodi.’ They have gone through similar difficulties in their childhood and that’s the reason Amardeep connects so well with Gaurav. He says, “Gaurav is so talented. He had choreographed the act for the Mega-Auditions on his own and always gives his inputs.”

As a gesture of respect and affection, Amardeep gifted Gourav a pair of black shoes after their performance because he felt that they shared a similar struggle in their childhood and understood what he may need.

This bond and connect between them is surely going to prove to be successful in creating many more amazing performances and we wish them both all the best.

Tune in to Super Dancer Chapter 3 on Sony Entertainment Television, this Saturday & Sunday at 8pm to watch the Grand Premiere episode