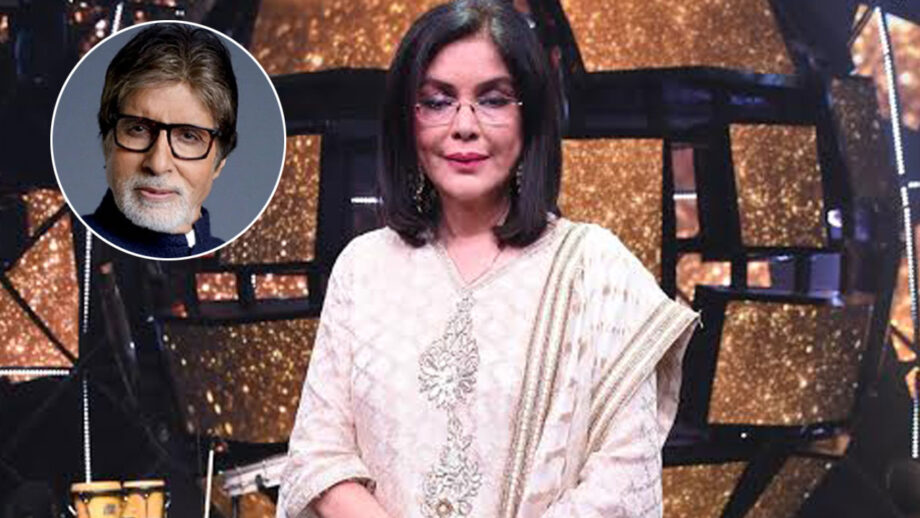 Indian Idol season 11 has created a benchmark for all the other singing reality shows as even before coming to its end, the contestants are already getting the opportunities to lend their voice for movies. This season created history as Indian Idol opened its gates for everyone around the nation following the theme of this season that was “Ek Desh Ek Awaaz”. To make this weekend’s episode more glamorous Bollywood’s veteran diva, Zeenat Aman, who changed the meaning of Heroines in her era, graced the show with her presence and support the top 6 contestants.

One of the most powerful contestants on Indian Idol season 11, Rohit Raut, performed on the song “Salamat Rahe Dostana Hamara”. Post his incredible performance, Aditya asked few questions to Zeenat ji about her co-stars. She revealed the legend Amitabh Bachchan was the one who used to take the most retakes. She narrated an incident that during the superhit song “Khaike paan banaras wala” of the movie “DON”, Amitabh ji took countless retakes as he wanted the song to be perfect. Not only that she also stated that Amitabh ji was the most punctual actor at that time he used to always come on time and sometimes even before time.

Further, in the show Zeenat ji also said that Rohit’s singing has that much power that can make him the second Maharashtra contestant who will win the trophy of Indian Idol.

Amitabh Bachchan gives you a sneak-peak into his workout routine

#BattleCovid19: Amitabh Bachchan stands in support of Janta Curfew, to clap for the cause

Amitabh Bachchan And Zeenat Aman Vs Jacqueline Fernandez And Asim Riaz' Mere Angne Mein: Which one do you like more?