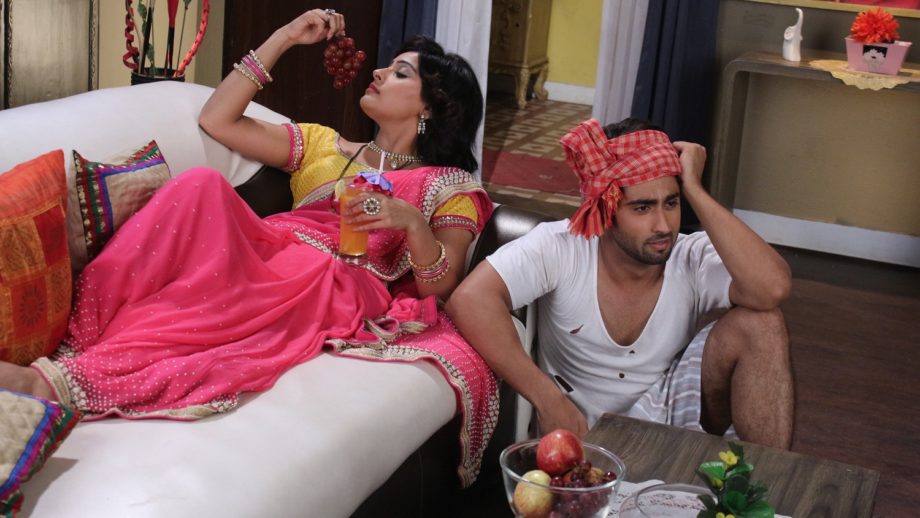 &TV’s popular fiction show, Agnifera has kept its viewers entertained with emotional drama and surprising twists and turns. The tables between the couple – Anurag (Ankit Gera) and Ragini (Yukti Kapoor) seem to be continuously turning as one seems to fall out of love and the other in. This love-hate relationship between Anurag and Ragini has been the spice of the show and has kept viewers hooked onto the television screen.

Earlier, Anurag was trying to woo Ragini, be it through cooking food at her home or dancing on the tunes of 90’s popular songs. But now the tables have turned, tired of Ragini’s bossy behavior, Anurag will be showcasing the side effects of his married life. He will be seen performing on a comedy song ‘Jab Se hui Hai Shaddi’ from the movie Thanedar featuring Sanjay Dutt and Madhuri Dixit. While Anurag will be seen doing all the household chores, Yukti Kapoor will be seen enjoying her life like Madhuri Dixit does in the song.

There seems to be a special connection between Sanjay Dutt and Ankit Gera as previously for the rain sequence he performed on the song ‘Akhir Tumhe Ana Hai’ from the movie Yalgaar which is also co-incidentally of Sanjay Dutt.

Gear up for this entertaining sequence in Agnifera on &TV.