Young and dynamic Mohsin Khan and Shivangi Joshi are the most popular couple on the small screen.

Mohsin and Shivangi, who play the lead role of Kartik and Naira in Yeh Rishta Kya Kehlata Hai, have been the audience’s favourite onscreen pair and viewers love their cute chemistry and romantic moments on the show. Undoubtedly, Mohsin and Shivangi make a good looking pair together.

The hit jodi has stolen the hearts of audiences with their mesmerizing performances and hard work. Amidst all the drama on-screen, the actors share a great bond and fun equation off-screen. The couple is fondly called as ‘KaiRa’ by fans.

The combined net worth is 4 million dollars which is indeed a huge amount.

Are you in shock? 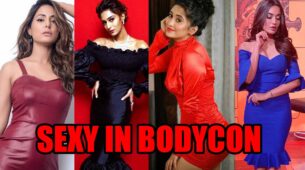