Who is the real Bigg Boss hottie - Devoleena Bhattacharjee or Mahira Sharma? Devoleena Bhattacharjee, the “bahu” of television industry, played a role of lead character in the Star Plus famous show “Saath Nibhaana Saathiya” in year 2012.

The 34 years young actress is a bharatanatyam dancer and a singer too. She is overloaded with cuteness. Devoleena has entered the house of Bigg Boss season 13 as a contestant and the show premiered on 29th September 2019. In Bigg Boss house she entered as a title of “Bahu Bani Bebe” and at the first finale of Bigg Boss Devoleena got eliminated but later again she entered the house. Though she is known as bahu her dressing style is different and make her look beautiful and stunning.

Mahira Sharma is an Indian actress and she is also popular in Punjab industry. She has made her debut with serial “Y.A.R.O Ka Tashan” and also worked in Jass Manak’s song “Lehenga” which crossed millions of likes. Mahira also worked in Kundali Bhagya and Naagin 3. Mahira has entered Bigg Boss season 13 as a contestant. Mahira dressing style is more of Indian attire and mostly she is seen wearing traditional rather than western.

Devoleena and Mahira both are playing well in the house of Bigg Boss. What do you think who is the real hottie? 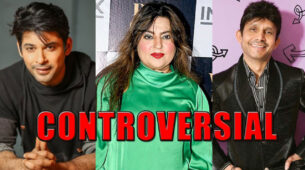