We have come across several daily soap actresses on Indian television in the past few years who have not only blown our minds away with their acting but also their fashionable looks from time to time. One such star we all know and are fond of is Drashti Dhami and we are here to tell you more about why we love her. Drashti Dhami is by far one of the most loved actresses on Indian television. She was loved ever since we first saw her acting on screen and were blown away by it. The star now has a massive fan base of millions all over the country who just do not seem to stop growing in numbers. The actress is loved mainly due to her intense acting and strong dialogue delivery that always touches the heart.

She has made some great contributions to the telly world in her span of career. She has appeared in daily soaps like Madhubala and Geet. The star also has a flair for dancing and has proven this by participating in the dance reality show called Jhalak Dikhhla Ja with her dance partner Salman Yussuf Khan and winning it too. She is also known for her flawless skin, precious smile and an amazing sense of style that she flaunts from time to time. But what catches our attention entirely is when the star wears a lehenga and looks so goddess like that we just cannot stop gawking at her.

We hope to see more of Drashti’s splendid looks in the years to come. Stay tuned with us for more updates on your favorite celebs. 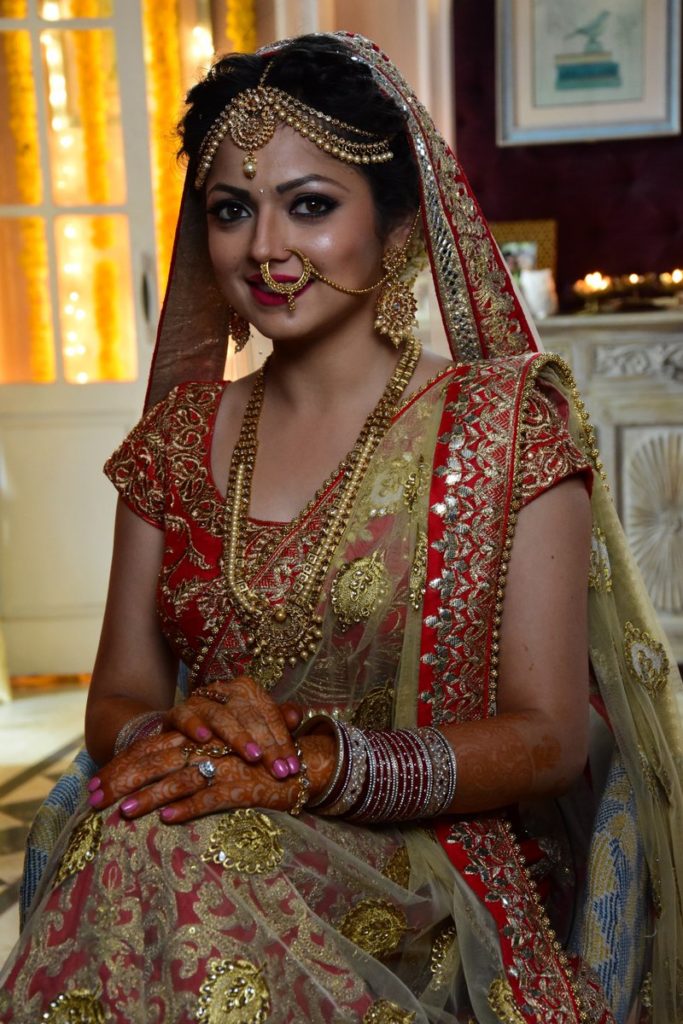