In the past few years the telly world has provided us with some of the best daily soap actresses we have ever known. These stars have not only stolen our hearts with their amazing acting skills but also other talents and we too know two such stars whom we are asking you to choose among. Drashti Dhami is by far one of the best actresses that the telly world has ever known. The actress was loved ever since she first appeared on screen. The star has appeared on daily soaps like Madhubala and Geet. She is loved for her great acting skills and strong dialogue delivery. However what most don’t know is that she also has a flair for dancing and has won the dance reality show called Jhalak Dikhhla Ja with her dance partner Salman Yussuf Khan. She is also loved for her great features like her precious smile, raised cheekbones and darker eyes.

On the other hand, we have Sanaya Irani who is one of the finest actresses we have seen in daily soaps. She now has a fan base of millions across the country due to her amazing acting skills and heart touching dialogue delivery. The star has appeared in daily soaps like Iss Pyaar Ko Kya Naam Doon and Miley Jab Hum Tum. The star is also talented in the dancing world and has proven this by being one of the finalists on the dance reality show Jhalak Dikhhla Ja and then went on to win the show Nach Bailye with her partner Mohit Sehgal. The actress is also loved due to her doe like eyes, luscious locks and flawless skin.

We think both the actresses are equally great and deserving of the title. We just cannot seem to choose between them and are hence asking you to let us know below who you think should win this battle. 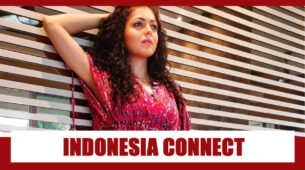