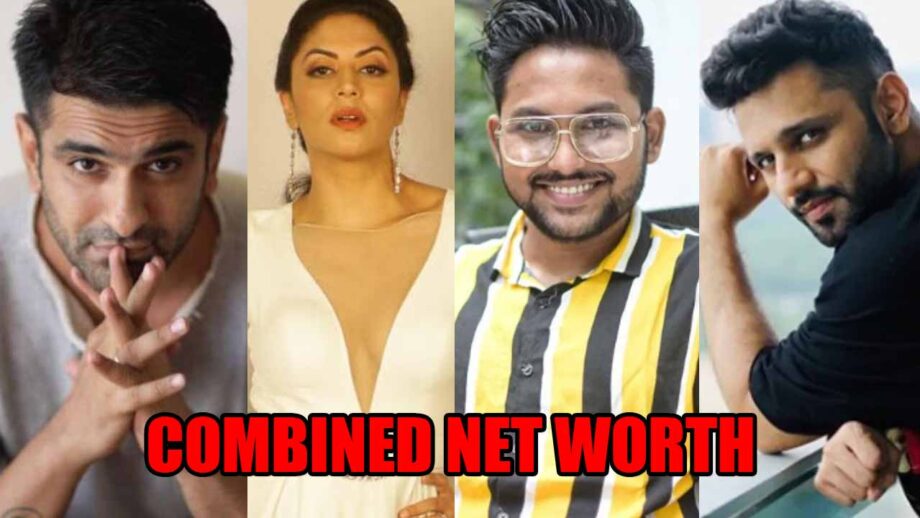 While they are being loved for their performance and personality in the show but their net worth will definitely shock you.

Eijaz Khan debuted back in 1999 with the film Takshak and on television with Kahiin To Hoga. Then he played numerous roles in various TV shows but it was Yeh Moh Moh Ke Dhaagey, Kkavyanjali, and Kyaa Hoga Nimmo Kaa which gave him the fame he deserved. According to ToppPlanetInfo, Eijaz Khan has an estimated net worth of $1.5 million dollars as of 2020.

Famous TV face Kavita Kaushik rose to fame as Chandramukhi Chautala in FIR. Her net worth detail is not known.

Rahul Vaidya rose to fame with the singing reality show, Indian Idol in the year 2004. He was the second runner up of season 1 but managed to grab a lot of eyeballs on the show. According to a report by topplanetinfo.com, Indian Idol fame, Rahul Vaidya’s net worth is around Rs 2.99 crore ($0.4 million). His sources of income are live events, music albums, and concerts.

So their combined net worth is $2.1 million