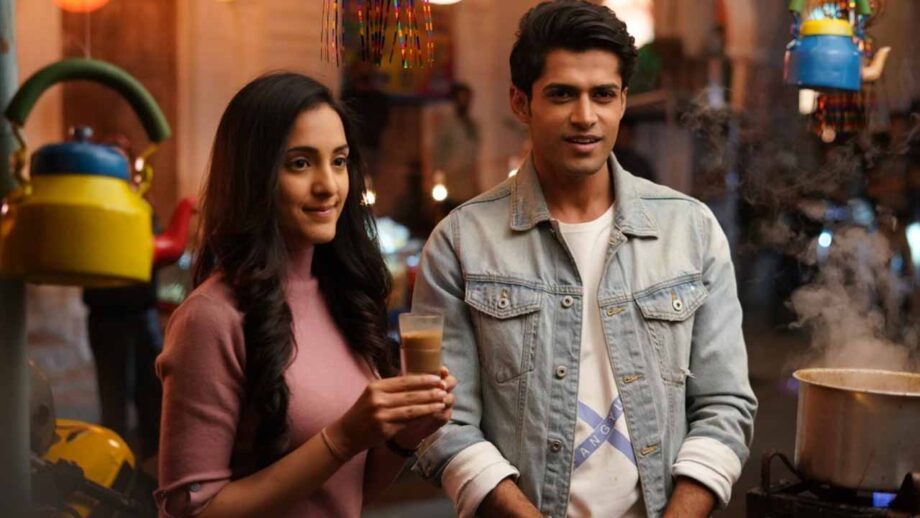 Over the years we have been hearing stories of co-actors’ deep bonding over the shoots and the same can be witnessed for Ek Duje ke Vaaste 2 co-stars Mohit Kumar and Kanikka Kapur. StudioNEXT production’s Ek Duje ke Vaaste 2 is being shot in Bhopal and the actors had been staying away from their families for a long time. With shoots being halted, they surely got the chance to visit their hometowns but they seemed to be missing their Ek Duje ke Vaaste family. Now, finally when shooting is back on the floor, the actor are leaving no stones unturned to show their love for their co-stars.

Similar incident happened, when Kanikka Kapur aka Suman prepared hand-made cake for Mohit Kumar aka Shravan’s birthday. It was Shravan’s first birthday away from his friends and family and Suman wanted to make him feel special. She took the help of her on-screen mother Shubha Saxena and the two prepared a beautiful cake for the birthday boy.

Speaking about the same, Mohit Kumar said, “I am really thankful to Kanikka for such a beautiful surprise. I never expected this much and it really feels great to have such co-stars who wouldn’t let you miss your family even if you are away from them. I never thought this birthday away from home would be so special.”

In the current track of the show, audiences will how Shravan discovers his love for Suman and tells her his feelings while, on the other hand, their fathers get into verbal spats resulting in issues between the two families.