The popular show Sanjivani which aired on starplus in 2002 is back and along with the old faces there are some new doctors here. It was a show about four medical interns who were learning and trying to understand the medical world along with balancing their personal life. This show had us crushing on most of the fictional characters. Fans were excited to hear it’s the return on tv when the announcement was made on international doctors day. 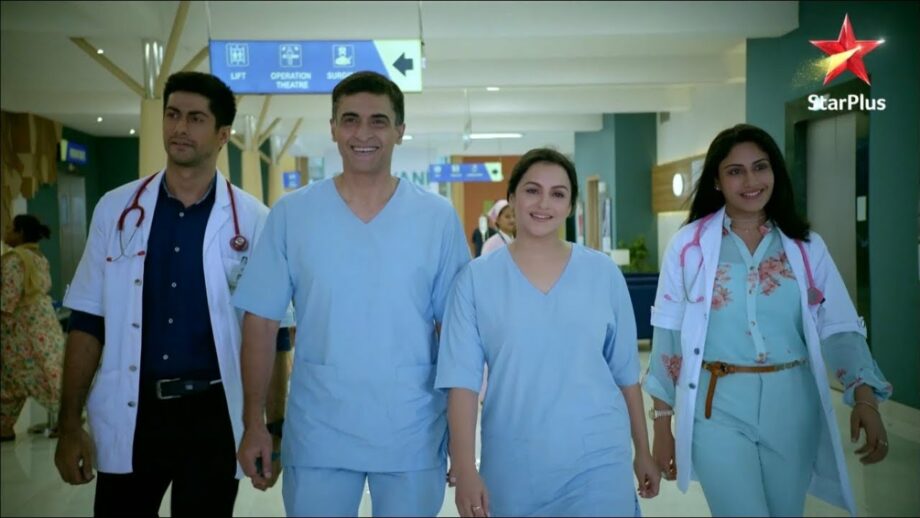 The producer of the show Siddharth P Malhotra posted the picture of the cast on social media as an official announcement. The cast members now include Mohnish Behl, Gurdip Kohil, Surbhi Chandana, Nadmit Khanna, and Sayantani Gosh. It is exciting to hear that Monish Behl and Gurdip Kohli are back at the role of Dr. Juhi and Dr. Shashank. While on the other hand Surbhi Chandana and Nidmit Khanna will be playing the lead roles in the show.

The shoot is still ongoing and the actors have a lot to say about it. Actor Rohit Roy recently posted a picture on his social media Handel from the set of the show with his female cast. The show might take up the 7:30 pm slot replacing the ongoing show Dil tho happy hai Ji. In an interview, the producer mentioned that this time the cast is going to play the role of a certified doctor and not interns unlike in the 1st part of the show.

The fan is happy to see Surbhi Chandana back on screen after a break. She was working as a lead cast member in the show ishqbaaz. Actor Siddharth recently posted a picture of him Surbhi and Namit goofing around on the set. Watching Surbhi and Namit have fun got us more excited to see their on-screen chemistry. Surbhi Chandana has a very fun-loving nature and because of that along with the fans, the cast members also love to have her around. We are all set to go through this nostalgic ride as the show is set to rule our hearts again!!

Star Plus show Sanjivani to be moved to 6.30 pm slot