Are You A Fan Of Saath Nibhaana Saathiya 2? Take A Quiz | IWMBuzz
Subscribe Now
Television | Snippets

If you are an ardent fan of Saath Nibhaana Saathiya 2 then take this quiz and prove yourselves! Ever since the show Saath Nibhaana Saathiya 2 has started, the show has been consistent and ranked in the list of top 5 in terms of TRP. Ever since the first episode was aired, we have been binge-watching it and the story and everything seems fine. But now the news says that the old cast Rupal Patel, Mohammad Nazim, and Devoleena Bhattacharjee are leaving the show as they signed the show only for few episodes. The show will now focus on Gehna played by Sneha Jain and Anant Desai as Harsh Nagar.

When did the first episode of Saath Nibhaana Saathiya 2 air?

Which roles does Mohammad Nazim play in the show?

After how many years was the plot of SNS2 shown?

Gopi Modi is played by which actress?

Did Ahem Modi actually die in the show?

How is Jaggi Modi related to Ahem Modi?

What did the wrestlers name Ahem after seeing the tattoo on his hand?

Is Rashi Modi seen in season 2 of Saath Nibhaana Saathiya?

We hope that you got what you were looking for. But still, if you are in search of anything or want to share your ideas with us then feel free to comment in the box below, and don’t forget to share and subscribe to IWMBuzz.com. 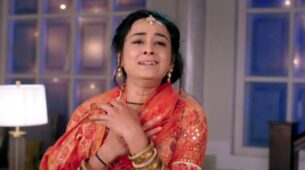