Reality shows are a massive part of Indian Television. Not only do they offer a fresh reprieve from the hard-hitting saas bahu sagas but they’re also fun and entertaining to watch after a long day.

One such show that has stood the test of time and kept us entertaining for a long while is Kaun Banega Crorepati hosted by the legendary Amitabh Bachchan. This Indian Television game show has been around for nearly two decades now starting from 2000. Over the years, the show has gone a lot of transformations and the entertainment quotient remains at an all time high.

What makes this game show so special is its ability to connect people of every age. Be it kids, teens, parents or grandparents, Kaun Banega Crorepati has managed to bring joy to every generation that watches the show eagerly. Not to forget, Big B has been the most vital part of keeping the show right at the top. With his easy charm and playful nature, this legendary actor has been a delight to watch every time.

Every season of the game show has had its share of fun and iconic moments over the years. From the common man winning the ultimate prize to our very own Bollywood celebrities gracing the hot seat, Kaun Bangea Crorepati is filled with entertaining moments all on its own.

Let’s revisit some of the best moments on the show:

• When Mumbai man Harshvardhan Nawathe became the first person to hit the jackpot and win the big prize of 1 crore in 2000.
• We got to see Amitabh Bachchan in one of the funniest characters dressed as Lallan Bhai. With his funny accent and dance moves, he bowled over his audience.
• One of the most iconic moment was when the God of Cricket Sachin Tendulkar took to the hot seat. Definitely an episode worth watch!
• The most entertaining moment of the show in season 3 with Shahrukh Khan as the host is when the classic bollywood jodi Salman Khan and Katrina Kaif graced it. Not only did we see the two king khans of Bollywood engaging in some banter but Salman-Katrina’s chemistry is something you should not miss.
• Amitabh Bachchan is a legend for a reason and safe to say, an irreplaceable part of KBC. We love to hear him speak in his deep baritone voice and when he recites a poem by his father Shri Harivansh Rai Bachchan, it hits us differently. Something you should definitely listen to. With so many moments of fun and joy in the show, we hope it continues for many years to come. 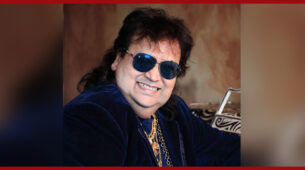 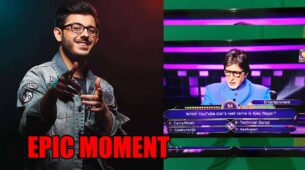