Kumkum Bhagya aired on Zee TV has been one of the most successful soap opera that has been running longest on Indian Television. It was premiered on 15th April 2014 where the show started as the romantic love story between the lead couple the famous musician Abhi played by Shabir Ahluwalia and a simple girl Pragya played by Sriti Jha. A lot of twists and turns were added to the plot and subplots of the serial over 5 years. Yet the series has received a remarkable response from its loyal audiences.

After becoming the national sensation on Indian TV, the series’s young couple have found great compatibility onscreen and offscreen. As a couple, they both spot trendiest lifestyle statements with their individual signature fashion game. The team of the series can be spotted on various social media handles having fun together. Lastly, they were spotted out on the trekking spree together. The entire star cast trekked together in one of the national parks to have fun and frolic. It was the team’s day off from the hectic shooting schedule.

Enjoy scrolling through the social media post in which Shabir Ahluwalia, Sriti Jha, Charu Mehra, Shikha Singh, Mughdha Chapekar, Ruchi Shravan and Aparna Mishra can be seen in the single frame as a gang of friends who gel having lot of masti together. Along with Shabir, his wife and both of his son, Again and Ivarr can be spotted. Means the whole bunch of the actor and actresses are work having merriment in their trekking trip as a family.

Women of the show posted an unfiltered picture of their gang on the Instagram where freckle, tiredness or fatigue can not be traced on their faces after the trek.

Ashlesha Sawant, who joined the team of Kumkum Bhagya, also posted her pictures and commented that from dancing at Music Festival to nonstop trekking in the forest, the entire star cast is having a great time exchanging and making the stronger connection amongst each other amidst nature. 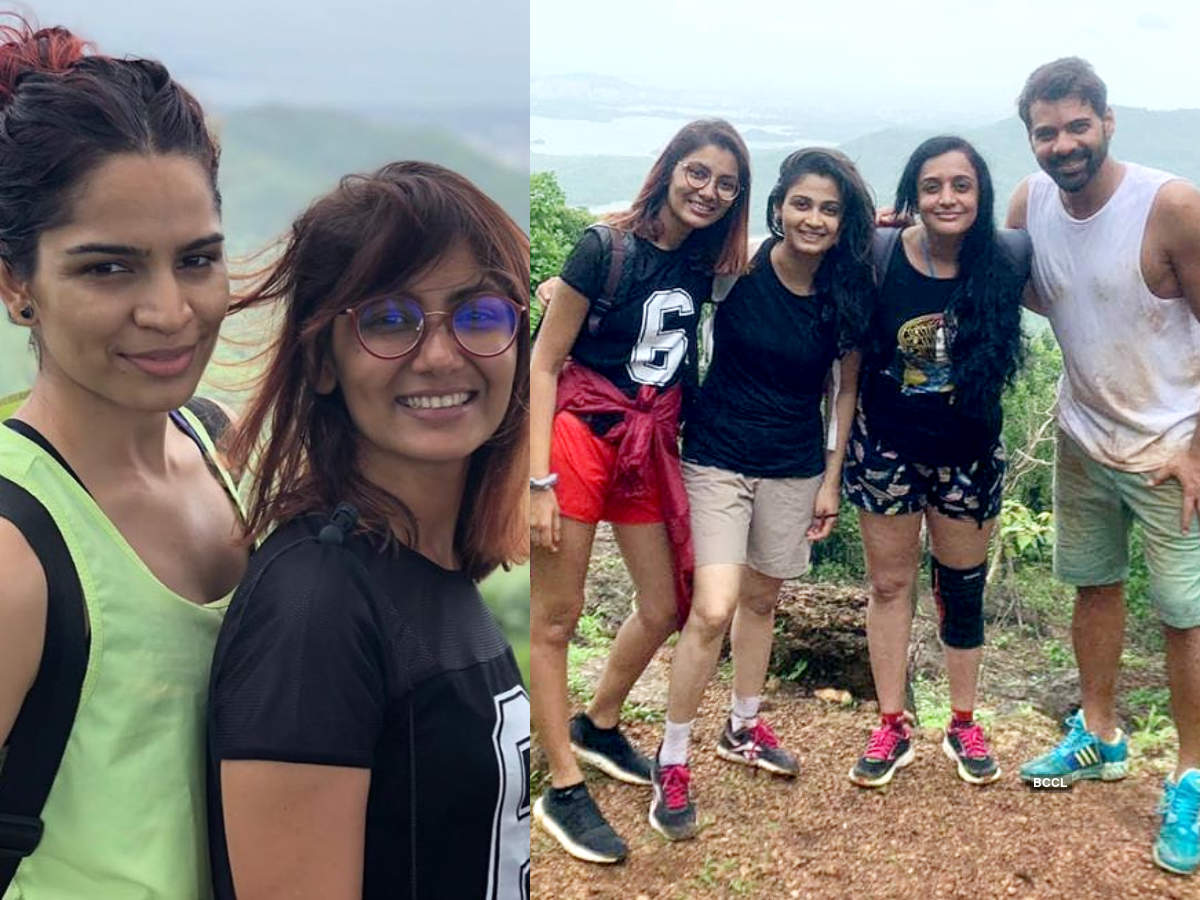