Did you know your favorite TV serial are titled after these hit bollywood songs? Using Bollywood songs for romantic scenes or tragic moments to up the intensity is a recurring theme on Indian television. Sometimes these songs end up becoming so popular that they often become synonymous with the show itself!

Naming television shows after Bollywood songs is also an old but popular trend. Many Indian Television Shows have titles that have been named after a Bollywood song that are either retro hits or are trending at the time.

Reason being, makers thought it would be an added advantage to the film or fits the storyline. After all, a TV show named after a hit song does become easily memorable in the public eye.

Don’t know what we’re talking about? Look at some of these popular TV shows that are either named or are inspired after Bollywood songs.

The famous TV serial that bought Hina Khan into the spotlight and is still running successfully since 2009, Yeh Rishta Kya Kehlata Hai has indeed been named after a song. The title is taken from the A.R. Rahman song ‘Yeh Rishta’ from the movie ‘Meenaxi: A Tale of Three Cities’. You may or may not know this song that gave its title to this popular serial. It is a lyric from the song ‘Rabba Mere Rabba’ in the movie ‘Mujhe Kuch Kehna Hai’ starring Tushar Kapoor and Kareena Kapoor Khan. Ring any bells? The television serial that gave us one of the most famous TV jodi ‘Ram Kapoor-Sakshi Tanvar’. And if you do not know the song that the serial is named after, then you are missing out. Bade Ache Lagte Hai is the evergreen song from the movie ‘Balika Badhu’. Such a sweet tune! 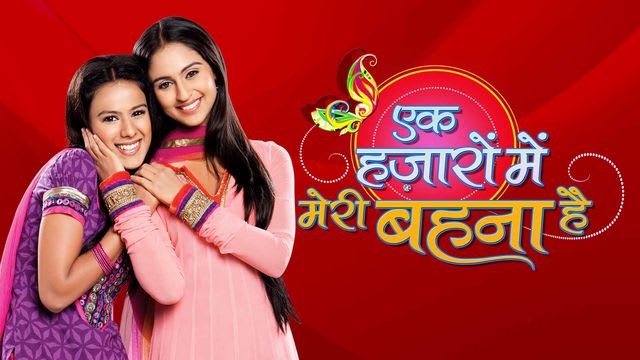 Ah yes! You must have heard this song atleast once on Rakshabandhan, the traditional rakhi song. The TV serial which focuses on the bond between two sisters is aptly titled after the Kishore Kumar song ‘Phoolon Ka Taron Ka’ from the ‘Hare Rama Hare Krishna’. While the TV serial tile name isn’t a blatant copy of the song, it is only inspired by Viraasat movie song ‘Tare Hai Barati’. The actual lyrics being, You might know this folky song that had Sonam Kapoor and Abhishek Bachchan doing some quirky dance moves. Even though the movie ‘Delhi 6’ was a dud at the BO, the song was a hit due to its catchy tune!

Is your favorite TV serial named after a Bollywood song?